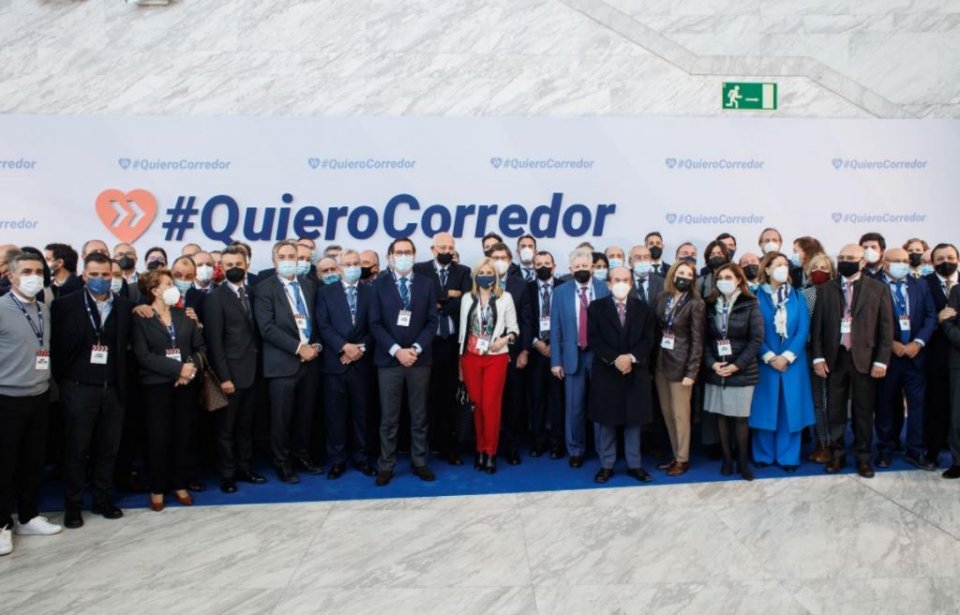 The much anticipated completion of the ‘Mediterranean Corridor’, which will bring high-speed rail lines across four regions of Spain alongside the Mediterranean coast, has been promised for 2025-2026 by the Spanish Transport Minister, Raquel Sánchez.

Sánchez announced the timetable at a business conference in Madrid organised by the Valencian Association of Entrepreneurs (AVE), attended by 1,300 business leaders as well as regional politicians, including Fernando López Miras, president of Murcia, and Ximo Puig, president of the Valencia region.

Sánchez also said that since June 2018, the Spanish government has lengthened the planned train line by 233 km, and which will finally connect Almería, in Andalusia, with France as part of the Mediterranean Corridor line. At the conference itself, business organisations and regional authorities jointly agreed that it is a long-overdue project, marked by years of setback after setback.

With the promise of the completion date of the project comes the announcement of a €1.7 billion injection of funds to complete it. A portion of the funding is being provided by EU funds. A condition of these funds from the EU is that a strict schedule has to be maintained – hence the 2026 completion objective – and which might lead to the completion of the project in a more rapid fashion than it has historically been treated.

If you currently want to travel between Barcelona and Valencia via high-speed train, you have to go through Madrid to do so, turning a 350km journey into a near-950km journey. The long-awaited Mediterranean Corridor will change this, with the transport minister also promising it will be the ‘most efficient and environmentally-friendly land connection with the rest of Europe’.

The projected completion by 2025-2026 has been welcomed by entrepreneurs, who have been demanding the development of the line as part of a broader infrastructure plan. Juan Roig, CEO of Mercadona, said that the long-standing delays in the development of the project were ‘discrimination’ against half of Spain. Roig elaborated that this project has seen seven Spanish prime ministers and is long overdue, but welcomed the news as essential to the project for the economic development in Spain.

Not all business leaders were optimistic about the timeline. Vicente Boluda, spokesperson for the Valencian Association of Entrepreneurs (AVE), believes that the project will not be done by 2025. Members of AVE , formed in 2016, have gathered every two years to examine the progress of the corridor and the negative impact on the economic delays to the project.

It is hoped that the economic, touristic, environmental and infrastructural benefits will contribute massively to not only the four Mediterranean regions but also the rest of Spain once the project is up and running, provided there are no more delays. It is particularly welcome in Catalonia, where plans to expand Barcelona El-Prat airport were suspended in early September.

All very nice for the east coast but it won’t get built if it goes along the lines (no pun intended) of the planned south coast line from Málaga to Marbella and beyond which was supposedly being built when we moved to Spain 20 years ago and so far – NADA!