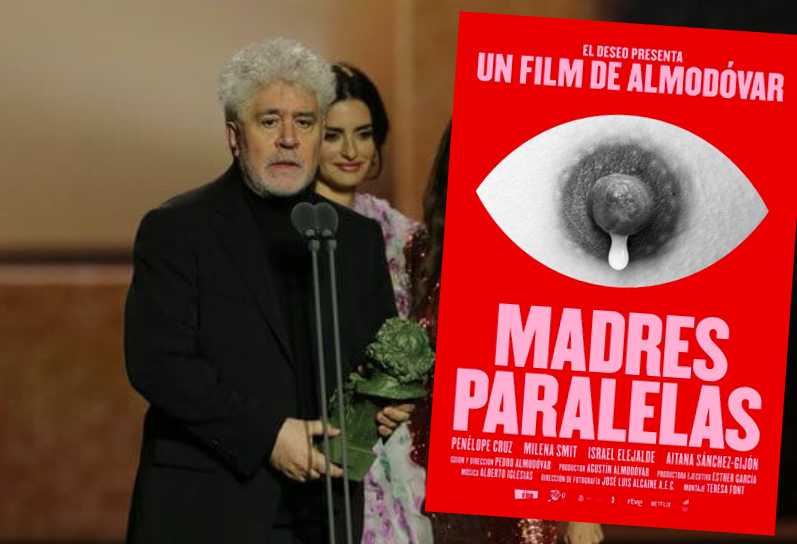 Instagram’s owner Facebook has apologised and restored images of the latest film poster of director Pedro Almodóvar, after it was initially removed for showing nudity.

The poster for the film Madres Paralelas (Parallel Mothers) shows milk dripping from a woman’s nipple. It was also flagged on Twitter as potentially ‘sensitive content’.

Artist Javier Jaén who designed the poster had initially said the platform ‘should be ashamed’ for its ‘censorship’.

Instagram’s guidelines state that ‘for a variety of reasons’ nudity is not allowed including ‘some photos of female nipples’.

Nipples are allowed on Instagram ‘in the context of breastfeeding, birth-giving and after-birth moments, health-related situations (for example, post-mastectomy, breast cancer awareness or gender confirmation surgery) or an act of protest are allowed,’ the guidelines state.

However, parent company Facebook later issued a statement to say: ‘We initially removed several instances of this image [the film poster] for breaking our rules against nudity. We do, however, make exceptions to allow nudity in certain circumstances, which includes when there’s clear artistic context. We’ve therefore restored posts sharing the Almodovar movie poster to Instagram, and we’re really sorry for any confusion caused.’

Javier Jaén later tweeted his thanks after the images were restored. ‘A million thanks to all of you who have made it possible by sharing the poster,’ Jaén tweeted. He also thanked Almodóvar and his production company for their ‘courage, integrity and freedom’ in releasing the poster.

Almodóvar acknowledged the fact that Instagram had finally allowed the poster, saying: ‘No matter how much information the algorithm has, it will never have a heart or common sense’.

Coronavirus in Spain (11 Aug) – incidence rate falls in all regions

Outrage as bull is rammed and killed by vehicles, after escaping from bullring