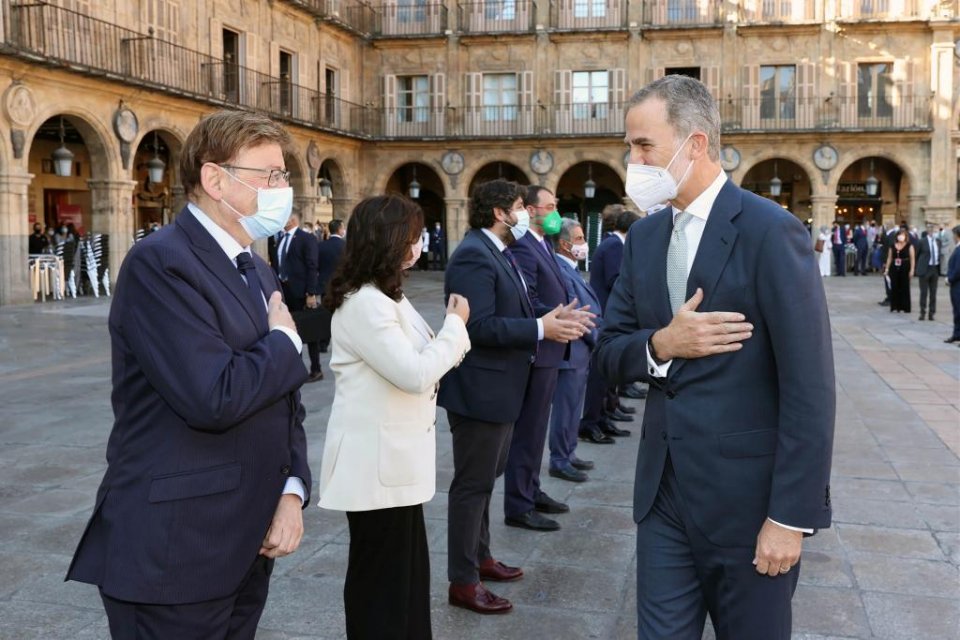 25,000m2 of land to be compulsorily purchased in ‘historic’ project

A 400 million euro project to remove the mass of railway tracks leading into the centre of Valencia has come a step closer to reality, after ADIF (Administrator of Railway Infrastructures) announced this week the land to be purchased. Of the 25,000 square metres needed, 20,500 is rural, non-urbanised land in the south of the city.

The railway lines, which have always been like a scar dividing the southern part of the city in two, will be put underground with a series of tunnels from the Bulevar Sur to the city’s two railway stations, Joaquin Sorolla and Valencia Nord.

The raised road of Avenida Giorgeta, popularly known as Valencia’s Scalextric, which currently goes over the train tracks, will also be demolished and rebuilt above the underground train lines. The Joaquin Sorolla station, which receives high speed trains, will also be expanded with more parking created, an extension to the building and more platforms built. Part of the land gained from the project will be added to the new Parque Central, a new boulevard will also be built, Bulevar Federico García Lorca, which will join the Russafa, Malilla and Cruz Cubierta neighbourhoods in the south of the city.

The ambitious project was first signed in 2003 but was put on hold due to the financial crisis in Spain in the late 2000s. Valencia’s mayor, Joan Ribó, described it as ‘marvellous news’ and said it was a ‘historic day’ for the city.

Pregnant women urged to get vaccinated

According to health department figures on Thursday, across the region there were 11 expectant mothers in hospital being treated for Coronavirus, and two of them were in intensive care.

It should also be noted that pregnant women are admitted to hospital even if they show mild symptoms of Coronavirus, so that they can be monitored more closely by health professionals, according to health department sources cited by the news website Valencia Plaza.

Speaking on Wednesday, Spanish health minister Carolina Darias urged mothers-to-be to get the jab and said meetings would be held with gynaecological and midwifery societies to insist on the importance of vaccinating this group of women. She said: ‘We know that vaccines save lives and hence the importance they have for society as a whole.’

According to a study carried out in recent months by Valencia University and reported in Cadena Ser Valencia, there was a notable difference between those youngsters who had come into direct contact with Coronavirus, either through suffering the illness themselves, losing a family member or because of being quarantined, compared to those who hadn’t.

The study was carried out by the co-director of the university’s Master in Psychology and Psychotherapy, José Gil, who analysed 39 youngsters, aged between six and 16, during the 2020-21 school year within this postgraduate course and the Municipal Psychology Service in the town of Alcàsser.

Children who had experienced direct contact with Covid-19 had more internalised problems such as depression, anxiety, social anxiety and sleep problems, whereas those youngsters who hadn’t been in direct contact with the illness showed externalised problems such as attention difficulties, hyperactivity, anger, aggression and challenging behaviour.

Valencia president Ximo Puig this week highlighted the importance of mental health issues. Speaking at the meeting of regional presidents in Salamanca on Friday, he spoke of the need to roll out a national plan for the mental health of children, teenagers and young people, given the evidence that the pandemic is increasing the risk of self-harm and suicidal behaviour, as well as the long-term consequences among this sector of the population.

To this end Puig called for a shared mental health strategy between the national and regional governments, aimed at improving the emotional wellbeing of children, teenagers and young people.

He also spoke of the need for the regions to have a strategy to accompany people who find themselves alone, with loneliness in old people being particularly painful, he said. He added that 2.1 million over 65s live alone and said this ‘silent epidemic’ is particularly prevelant among women.

According to health department figures, the average daily infection rate has risen from 264 in June to 2,023 in July. At the start of July the incidence per 100,000 of the population was 120.97 and by the end it was 575.22. The region has been in the ‘extreme risk’ category (anything above 250) since 8 July. The age group with the largest rise in infections has been young unvaccinated people, where the incidence rate rose from 371.03 to 1,423.68 at the end of the month.

Due to the progress of the vaccination programme, hospital admission and death rates have not increased at the rates seen in previous waves. However, for the first time since the pandemic began, half of those admitted to hospital are under 50 and almost 23% of those in ICU are under 40, while 83% of those in hospital are not yet vaccinated or only have the first jab, according to regional health department figures. The majority of outbreaks continue to be from socialising, 82%, mainly related to gatherings of friends and family.

The vaccination programme has continued to gain speed in July, ending the month with a first jab having been given to 3.2 million Valencians, and 2.6 million fully vaccinated.

The government aims to continue ramping up the programme to have 70% of those over 12 fully vaccinated by 9 October. ALSO READ: Covid-19 Vaccinations in Spain

Covid in numbers this week

This week there have been 12,988 new cases of Coronavirus reported, compared to 11,794 last week. There were 15,003 all-clears this week, compared to 6,938 last week. The number of people dying, however, has tripled since last week, with 21 deaths recorded in the past seven days, compared to seven last week.

As of Friday, there were 689 people in the region’s hospitals suffering from Covid-19, compared to 432 last week, with 107 needing intensive care treatment, compared to 59 last week. Click here for all reports on: Coronavirus in Spain.