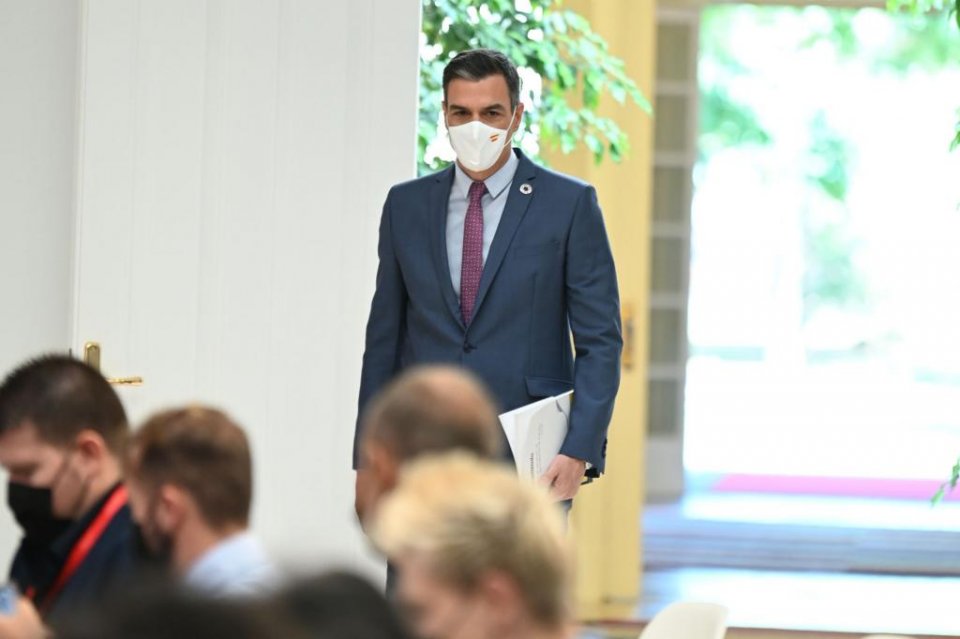 Spain’s Prime Minister Pedro Sánchez highlighted the country’s progress in its Covid-19 vaccination programme during a press briefing on Thursday, stating ‘we have the gold medal in vaccinations’.

‘With nearly 55,200,000 doses administered, Spain is the country that has fully vaccinated the most out of the 50 most populated countries in the world,’ said Sánchez. ‘We are vaccinating more than the UK, the USA, France or Germany. We have the gold medal in vaccinations.’

Figures on Wednesday showed that 55,185,352 jabs against Covid-19 have now been administered in Spain. 26,420,097 people have now been fully vaccinated in the country, representing 55.7% of the total population, and which represents 62.7% of the population aged over 12. UPDATED to 30 July: Covid-19 Vaccinations in Spain.

According to vaccination data regularly updated on the website Ourworldindata, run by Oxford University and using population figures taken from United Nations databases, Spain had overtaken the UK last Thursday in terms of the number of second jabs administered, out of the world’s 50 most populated countries. At the time of publishing this report, Canada was leading with 57.37% of its population fully vaccinated, Spain was in second place with 56.51%, and the UK was third with 55.4% (all based on UN population databases).

There are countries with higher vaccination rates, but they are all smaller nations with populations of under 10 million, such as Malta, Iceland, Hungary, Uruguay, United Arab Emirates and Israel. The largest country with a better rate is Chile, and which has fully vaccinated 63% of its nearly 20 million population.

At the same time as having one of the best vaccination rates, Spain has also shown one of the highest infection rates in Europe for the past two weeks. Also read: Coronavirus in Spain figures (28 July).

During his televised briefing on Thursday to summarise progress during the first year and a half of his left-wing coalition government, Sánchez also announced that existing measures to protect the most vulnerable from the pandemic’s economic fallout would be prolonged until the end of October, at least.

The series of social measures include a ban on leaving impoverished families without utilities and a moratorium on forced evictions for those who have seen their income vanish.

‘God Save The Queen’ rock Sitges, as Terramar Festival moves into 2nd week

Late 40s, in spain since june, still waiting for vaccination.

I understand you do not want to vaccinate non residents, even when European citizens but we still can get sick and you will have to spend for our care.
Please open vaccination like rest of the europe, even if asking for money.
It is a health crissis!