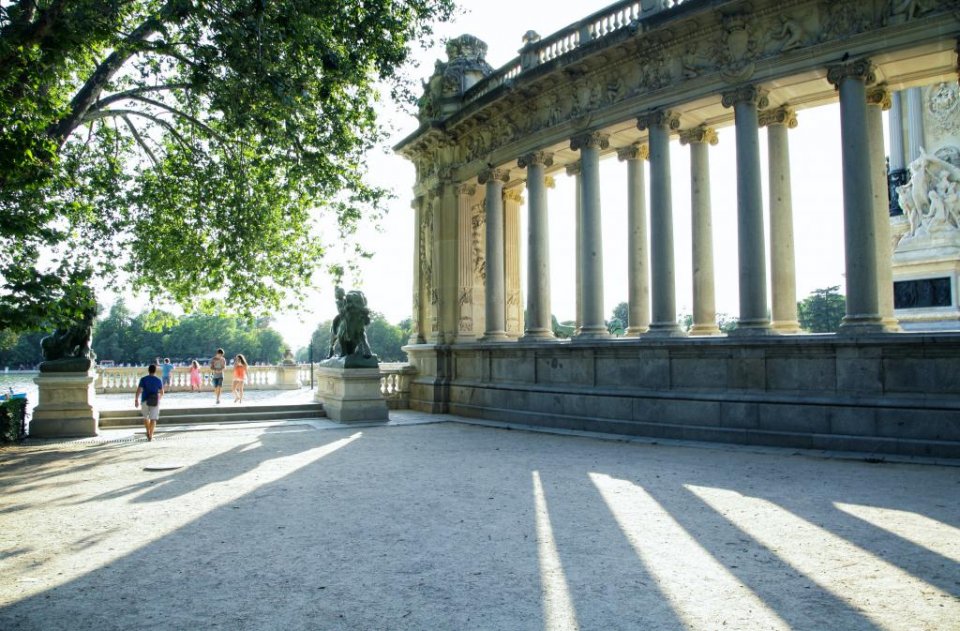 Madrid’s Retiro Park and the adjacent Paseo del Prado have been added to the UNESCO’s World Heritage List and is the first time that sites in the city have been included on the prestigious listing.

The decision was announced on Sunday, following the online meeting from Fuzhou in China of the UNESCO World Heritage Committee.

Praising the park, the committee highlighted the introduction of nature into the city’s green space, and the influence of the properties surrounding the park on the designs of cities in Latin America.

Explaining the decision, a spokesperson said that the park and surrounding area ‘collectively … illustrate the aspiration for a utopian society during the height of the Spanish Empire’.

Situated in the centre of Madrid, Retiro Park occupies an area of 1.2 sq km and runs next to the Paseo del Prado, a pedestrianised boulevard that connects key buildings associated with Spanish art, including the Prado Museum, the Thyseen-Bornemisza Museum, and the Reina Sofía Museum.

The boulevard also has other highly regarded features, including the Fuente de Cibeles and the Plaza de Cibeles Square.

The UNESO Committee said that the historic marble sculptures and fountains were ‘an iconic symbol of the city’.

Speaking about the pride of being added to the list, Madrid’s Mayor, José Luis Martínez Almeida, said that ‘today, in these times of pandemic, in a city that has suffered enormously for the past 15 months, we have a reason to celebrate with the first world heritage site in Spain’s capital.’

The Spanish government also praised the site and its addition to the list, highlighting that the Paseo was the first street to be open to all citizens, when previously boulevards within parks were only open to the upper classes.

Prime Minister Pedro Sánchez said that the recognition from UNESCO was ‘deserved recognition of a space in the capital that enriches our historical, artistic and cultural legacy’.

World Heritage sites can be recognised for their outstanding natural beauty or be buildings that have an importance either geologically or ecologically, or considered for their contribution to human culture and tradition.

The addition of the Retiro Park means that Spain now has 49 sites on the UNESCO list. This is the third highest in the world, after Italy and China. [Also read: Catalonia’s UNESCO World Heritage Sites outside Barcelona.]

Spain also has nine cities included in UNESCO’s global Creative Cities Network, an initiative to promote cooperation towards and between cities that identify creativity as a strategic factor in sustainable urban development.

The network includes 246 cities from around the world, with the collective aim to promote and highlight the role of the creative sector in supporting economic and social development.

Since being established in 2004, this network includes the cities of Sevilla, Bilbao, Granada, Burgos, Dénia, Barcelona, Terrassa, Lliria and Valladolid. The cities are recognised for various creative attributes, including music, design, literature, gastronomy and film.

As the country emerges from the pandemic and optimism returns for developing the economic and social fabric of the country, it is vital that the creative sector is an important element of this strategy.

The announcement about Retiro Park and Paseo del Prado being added to the World Heritage List will be a welcome boost to this plan and to the city and country’s tourism sector, both domestically and internationally.