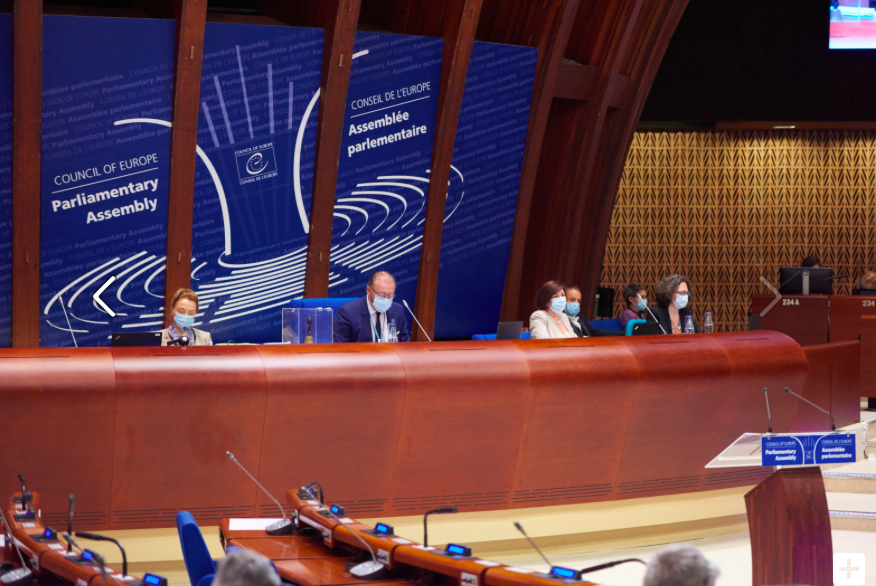 The Council of Europe (COE) has officially called on Spain to release Catalonia’s nine jailed pro-independence leaders and withdraw the extradition requests for those who are in exile.

The Parliamentary Assembly of the COE voted in favour of a report by its Committee on Legal Affairs regarding the situation of political leaders jailed in Spain by 70 votes for, 28 against and 12 abstentions.

The Assembly expressed its ‘full respect for [Spain’s] Constitutional order of the State’ and underlined its ‘respect for the independence of the Spanish tribunals to solve pending appeals, respecting as well the right to appeal to the European Court of Human Rights in due course’.

However, the report recognised that the ‘mere expression of pro-independence views is not a ground for criminal prosecution’, and recalled that several senior Catalan politicians were prosecuted and eventually sentenced to long prison terms for sedition and other crimes, ‘inter alia for statements made in the exercise of their political mandates’, in support of the unconstitutional referendum on the independence of Catalonia in October 2017.

The report calls on the Spanish authorities to reform the criminal provisions on rebellion and sedition in such a way that they ‘cannot be interpreted so as to undo the decriminalisation of the organisation of an illegal referendum’ or lead to ‘disproportionate sanctions for non-violent transgressions’, and to ‘consider pardoning or otherwise release’ from prison the Catalan politicians convicted for their role in the organisation of the referendum. It also asks Spain to ‘consider dropping extradition proceedings against Catalan politicians living abroad who are wanted on the same grounds’.

The report also calls on the Spanish authorities to enter into ‘an open, constructive dialogue with all political forces in Catalonia, including those opposing independence, in order to strengthen the quality of Spanish democracy, and reach a compromise that enables Spain, a strong European democracy, to settle political differences, including on sensitive issues, through the authority of the rule of law, good governance and total respect of human rights, without recourse to criminal law, but in full respect of the constitutional order of Spain’.

You can click here for the full text (in English) of the Assembly’s resolution.

On Monday morning, Spanish Prime Minister Pedro Sánchez announced that his government will be pardoning the nine jailed Catalan pro-independence leaders this Tuesday.

He announced the move in a speech on at Barcelona’s Liceu Opera House, stating that the measure will encourage ‘reconciliation’ between Catalonia and Spain and as a first step towards leaving behind ‘confrontation’. Full report here: Pedro Sánchez announces pardons for jailed Catalan leaders.