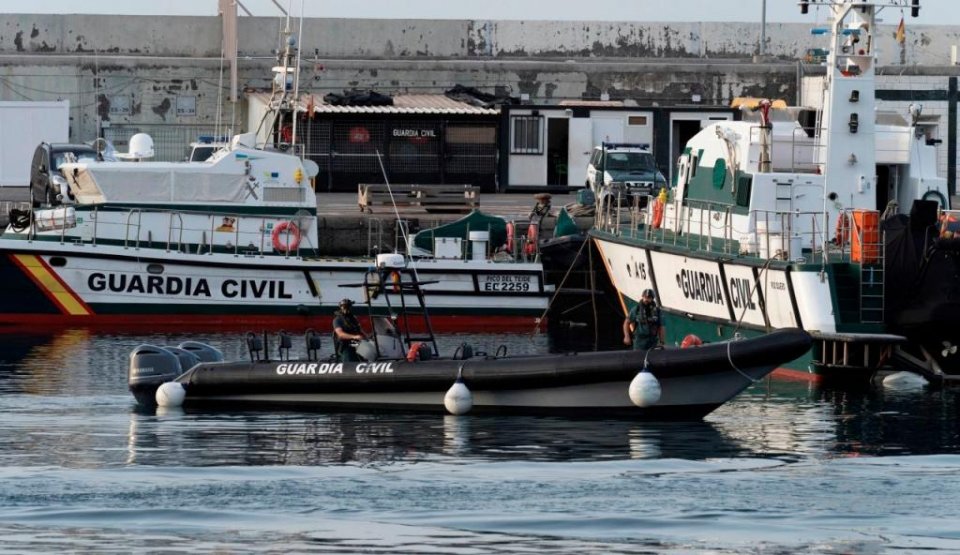 Women took to the streets in various cities across Spain on Friday night, protesting about violence against women and children following the discovery of the body of a child taken by her father without the mother’s permission.

Thousands joined the demonstrations as the country mourned six-year-old Olivia, the older of the two sisters abducted by their father over a month ago. The body was found after investigators combed the seabed near the Canary Islands.

Coroners confirmed the identity of the body found in a bag and tied to an anchor at a depth of some 1,000m as Olivia. Another similar bag that was empty was found nearby by a special oceanographic research vessel helping in the search, Spain’s Guardia Civil said, adding that the search for 1-year-old Anna and their father, Tomás Gimeno, is still on-going.

Gimeno and the girls went missing on 27 April in Tenerife, the largest island in the Canary Islands archipelago. The girls’ mother, who is divorced from their father, alleged he told her she would never see them again.

Investigators had launched a wide search on land and sea but narrowed in on the waters off Tenerife after Gimeno’s boat was found empty and drifting at sea.

Interpol also joined in the search, publishing the photographs of the two girls and issuing so-called ‘yellow notices’ aimed at locating missing persons.

‘I cannot imagine the pain of the mother of little Anna and Olivia,’ tweeted Spanish Prime Minister Pedro Sánchez. ‘My hug, my love and that of my whole family, who today sympathises with Beatriz and her loved ones.’

Irene Montero, who serves as equality minister in Sánchez’s PSOE-Podemos coalition government, also sent her condolences and attacked what she called the ‘vicarious violence’ of the case. ‘There are no words to help Beatriz in this moment of terrible pain,’ she wrote on Twitter. ‘This violence committed against women who are mothers to hit them where it hurts the most is a national issue. We are here to do whatever is necessary.’

A few hours later, Montero also offered her sympathy to the family of a teenager, Rocío Caíz, 17, who is thought to have been the 18th woman to be murdered by a partner or ex-partner in Spain this year. On Thursday evening, Caíz’s 23-year-old former boyfriend confessed to her murder in the southern region of Sevilla.

Spain’s Equality Ministry has recorded 1,096 deaths since 2013, when the country started keeping data on crimes of gender violence.

Abusers often use children as means to inflict harm on their partners or ex-partners: since 2013, 39 minors have been murdered in the country by their biological fathers.

25,000 rally in Madrid against imminent pardons for jailed Catalan leaders