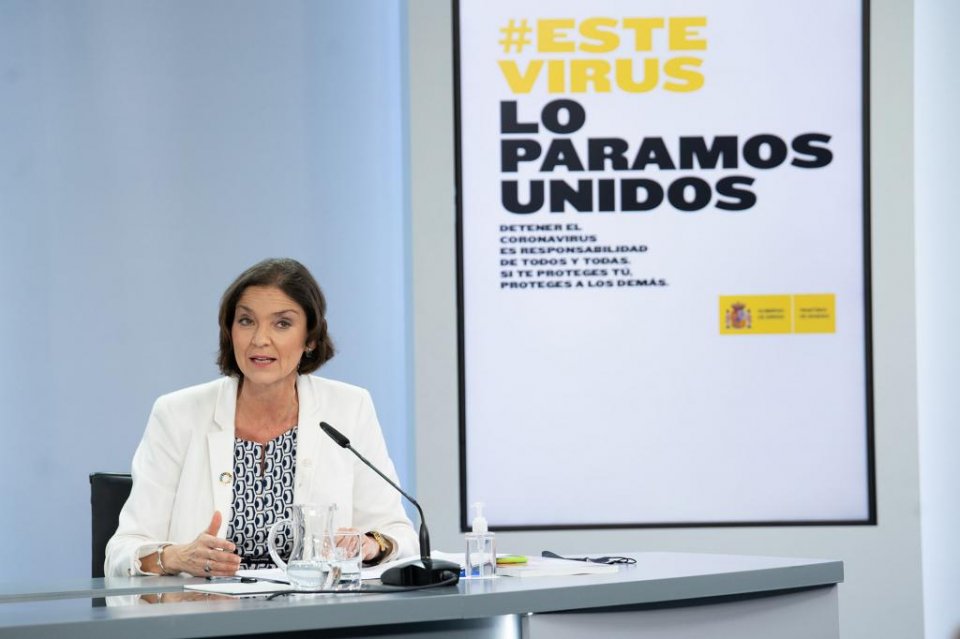 Spain is taking steps to open up to British travellers this summer, after Reyes Maroto, Minister for Industry, Trade and Tourism, said on Tuesday that borders will be opened up as early as 20 May.

It is expected that the UK will be included in the free-to-travel list issued by the European Commission to be revealed in the next few days.

Spain is keen to see the UK included on the list, to allow British tourists to visit this summer and help rejuvenate the sector that is waiting to kickstart its recovery from the pandemic and over a year of significantly reduced revenues.

Maroto announced that the government is looking at 20 May as the date for welcoming back tourists from the UK and other non-EU nations, also indicating that British tourists would not need to provide PCR tests to enter the country.

The EC summit taking place this week will review its recommendation on travel into the EU from non-EU countries, which will effectively allow international travel to resume.

Maroto stressed that the update on recommendations would be followed by Spain adapting legislation that would allow Britons to be welcomed back to the country for tourism.

The announcement has been welcomed by the tourism sector, but there is still doubt about when Britons will start travelling here in larger numbers, given that the country was placed on the UK government’s ‘amber list’ issued last week, that requires British tourists to quarantine at home for 10 days on return.

The UK’s list is to be reviewed every three weeks, with the next review published on 7 June. Only a small number of Caribbean countries are expected to be added at that stage.

Spain’s increasing pace of its vaccination programme and reducing numbers of Covid cases is expected to improve the country’s epidemiological position over the next couple of months. This should allow Spain to potentially move onto the UK’s ‘green list’ at the end of June or early July.

Marato highlighted the importance of improving Spain’s position, stating that ‘we need to continue to reduce the infection rate and we need to keep vaccinating’.

She also indicated a regional approach may also be adopted, as there are currently differing rates across the country, with some regions having much lower incidence rates than others.

The minister explained that ‘we’re also working with the UK’s Task Force so that regional criteria can be included in parameters, given that we have disparity in the infection rates between our different regions.’

Marato was upbeat about the possibilities for tourist numbers to increase over the summer, saying that ‘the data allows us to be optimistic, we’re sharing this information with UK authorities on a weekly basis.’

The weeks ahead will be crucial to all involved in the country’s hospitality and tourism industry, as domestic restrictions are lifted, and incidence and vaccination rates dictate when international tourism can return with confidence.

The updated recommendations from the EC are expected in the next few days, which are hoped will give a boost to the struggling sector and optimism for the summer ahead.

Sánchez: ‘State of Alarm is the past, the future is called vaccination’

Extremadura in English – news round-up (17 May)

This seems beyond madness to me. Have we been through all these curfews, lockdowns and followed all the rules, to allow untested Brits in when the Indian variant is taking hold over there? Don’t get me wrong, I have family I haven’t seem in 18 months and am desperate to see but Brits seem to be holiday obsessed. Don’t encourage it, please.

I agree. Conversely I find it rather cheeky of Bunter to put Spain on Amber when parts of Spain have lower incident rates than part of the UK. Who exactly is going to have the greater risk here?

It’s not just about holidays, there are people with properties here who have been obliged to leave them unattended for some considerable time and will be keen to come back to them however briefly. There are also those who wish to buy property, and like friends of mine have been impeded by the lockdowns.