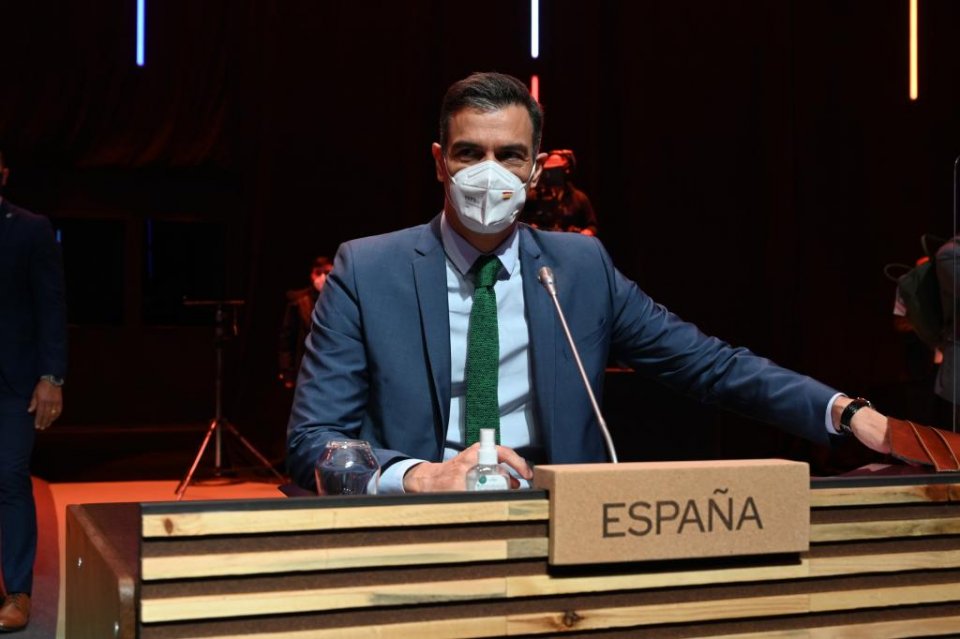 Spanish Prime Minister Pedro Sánchez has yet again ruled out a new State of Alarm if the courts overturn some of the on-going restrictions that the regional authorities have been seeking to impose.

‘The state of alarm is the past,’ Sánchez said on Tuesday. ‘We must look to the future and the future is called vaccination, vaccination and vaccination.’ He was speaking in Madrid alongside his Argentine counterpart, Alberto Fernández, during his visit to Spain.

When asked about the plans the government had in the event that the Supreme Court rejects the measures such as the nighttime curfew that four regions have proposed, Sánchez avoided the question, but took the opportunity to request ‘coherence’ from the opposition.

The Spanish government and health authorities had called for ‘responsibility’ on Monday, after images showed people celebrating the end of the State of Alarm in the early hours of Sunday morning without face masks or social distancing in many cities and towns. The euphoria followed more than six months of curfews and a ban on travel between Spain’s 17 regions under the State of Alarm which was imposed last October.

‘With Sánchez, we’ve gone from a state of alarm to a state of chaos,’ opposition leader Pablo Casado of the right-wing People’s Party (PP) had said on Monday. When the vote took place in the Spanish Congress last October to extend the State of Alarm until 9 May 2021, however, the PP group had abstained.

The courts have now denied the requests from both the Navarra and Canary Islands governments (as had also already happened with the Basque Country) to impose nighttime curfews, following the end of the State of Alarm. Only in the Valencia region and Balearic Islands have the curfews been approved. ALSO READ: Details of restrictions for all regions of Spain, now ‘State of Alarm’ has ended.

With local court approval, the regional governments can still limit the opening hours of shops, bars and restaurants as well as their capacity. And if courts deny permission, the regions can appeal the decision to Spain’s Supreme Court.

Latest Coronavirus figures in Spain (to 10 May) have shown nearly 79,000 deaths since the start of the pandemic and more than 3.5 million infections.

‘We are just 100 days away from achieving group immunity, that is, from getting 70% of the Spanish population vaccinated and thus immunised,’ Pedro Sánchez also said, during an official visit to Greece on Monday. This would mean by 18 August.