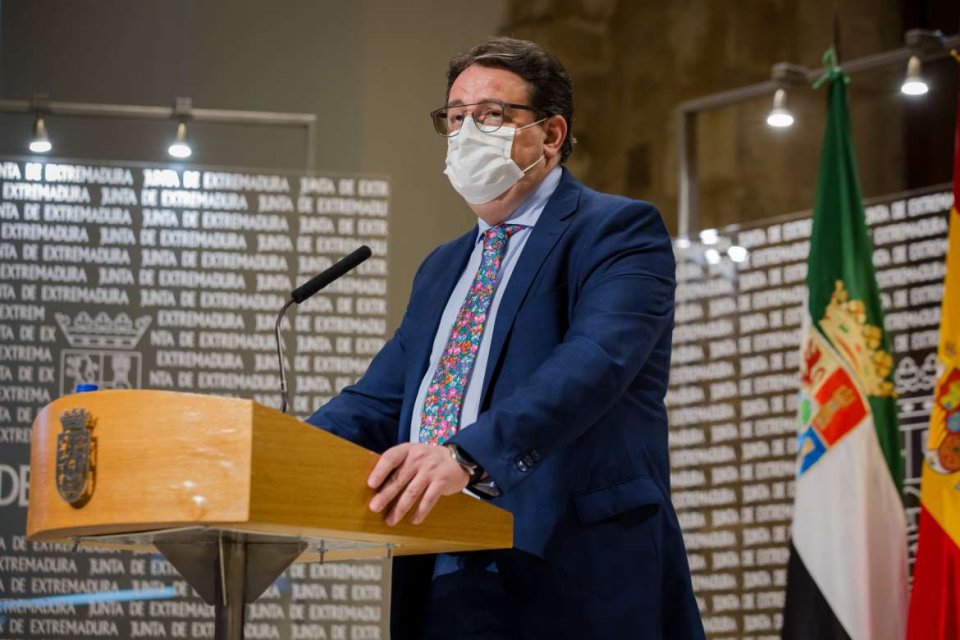 Vaccinations to accelerate in May

The vaccination rollout in Extremadura is set to increase to over 50,000 a week in May. Throughout April, the number was between 30,000 and 50,000 maximum. This speeding up of jabs is due to the arrival of more vaccines.

On Tuesday, the rollout of 3,300 Janssen vaccines began in Badajoz. Throughout the week, 7,600 doses of AstraZeneca, 4,600 of Moderna and 45,630 from Pfizer were also administered across the region. The total for each type of vaccine already administered for the region currently stands at 276,785 doses of Pfizer, 81,700 of AstraZeneca, and 36,200 of Moderna. Also read: Covid-19 Vaccinations in Spain.

Extremeños and the Portuguese are now able to travel to each other’s countries after the border was opened on Saturday, this is in spite of the fact that it is still forbidden to cross Extremadura’s borders with neighbouring regions of Spain.

It is a strange situation for Extremeños who, technically, are not allowed to travel to surrounding parts of their own country but can freely move in and out of the one next door. After having been closed for four months, it is a change that many will welcome, especially as the summer approaches and people from both countries seek holidays and weekend breaks across the border.

Prior to Saturday, the Portugal-Spain border was limited to only 18 authorised points for the international transport of goods, documented cross-border and seasonal workers, and emergency and rescue vehicles.

From June and throughout summer, Extremeños will have the opportunity to fly to Palma de Mallorca from Badajoz airport. Flights with Volotea and Air Nostrum will go ahead, assuming the Covid-19 situation doesn’t throw an unexpected spanner in the works. The two airlines have already started selling tickets on their websites and in travel agencies.

The news will come as music to the ears of many Extremeños, who have spent large parts of the pandemic prohibited from leaving their region. Providing it is safe, a beach holiday for those living in inland Spain is long overdue.

It will be the first time that Volotea are operating in Extremadura. As of 26 June, the low-cost Spanish airline will offer two flights a week, with one on Tuesday and the other on Saturday. Return flights will run until October.

Air Nostrum, which is a franchisee of Iberia, will have flights up and running from 24 July until 4 September, on Thursdays and Saturdays.

A former noble residence from the 19th century, which had been practically abandoned for several years, has received the Qazrix award from the Consorcio Cáceres Ciudad Histórica. The award is given to those responsible for the best restored building in the old town of Cáceres, in this case, the Construcciones Abreu company.

The winner of the Qazrix award receives a cash prize of 5,000 euros and a plaque which recognises the achievement to go on the building’s façade. This comes 12 years after the building was bought by Alfonso Abreu and was, at the time, in poor condition. The building, which sits in Plaza de la Concepción, has been operating as tourist apartments for the past two years.

The purpose of the Qazrix award is to promote the recovery of neglected buildings in historical areas of the city.

Spain’s king Felipe VI visited Valencia de Alcántara on Tuesday to show his support for the work of the Guardia Civil in rural areas.

Accompanied by the Interior Minister Fernando Grande-Marlaska and the Director General of the Guardia Civil, María Gámez, it is the first time that the monarch has visited the small town which is in the province of Cáceres and just a stone’s throw from the Portuguese border.

The municipality of Valencia de Alcántara stands out for having a particularly low population density, as well as being on the edge of the western border region.

For the king, it was the first time that he had walked the streets of this town with just over 5,000 inhabitants, 140 years after his great-grandfather, Alfonso XIII, had done so during the inauguration of the railway.

For that reason, a lot of locals were eager to catch a glimpse of him, and gathered in crowds in the surrounding streets. The King made an appearance for the crowds and even managed to sign a couple of autographs whilst doing his best to abide by social distancing measures.

Andalusia in English – weekly round-up (3 May)

Work begins on the new roundabout of ‘Bòbila II’ in Sitges