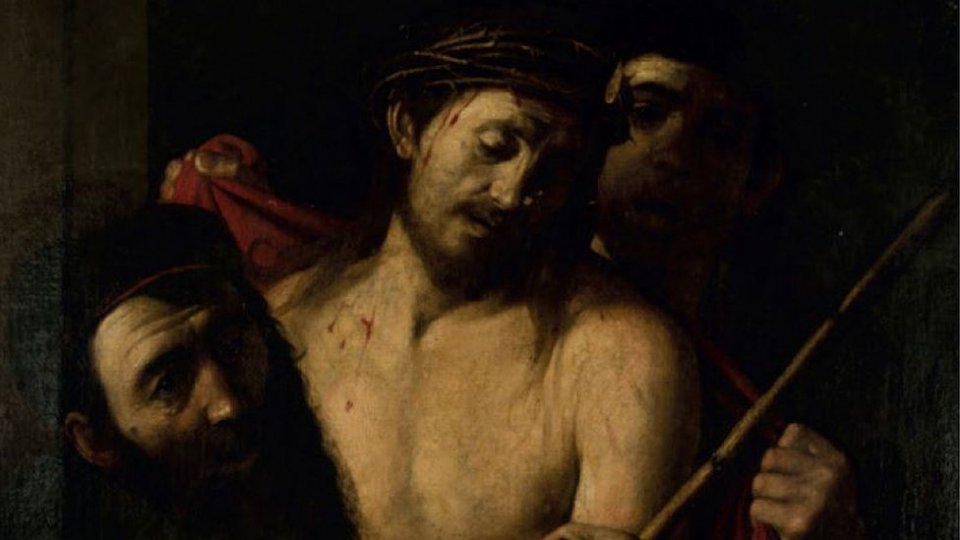 An oil painting discovered in Madrid is causing a stir in the art world, as experts investigate whether it is actually the work of Italian master Michelangelo Caravaggio, and not that of José de Ribera, an unknown 17th century Spanish artist.

The painting, of an agonised Christ just before his crucifixion, was due to appear at auction in the city’s Ansorena auction house. The catalogue listing for the auction attributed the painting to de Ribera, with a guide price of 1,500 euros.

The auction was blocked by government officials when rumours emerged that the painting could be a long-lost masterpiece by the Italian Renaissance artist Caravaggio. If the suggestions prove correct, the piece could be worth up to 150 million euros.

Concerned about the possibility of the painting being sold abroad, the government stepped in quickly to block the auction that was scheduled for earlier this month, with the Minister of Culture, José Manuel Rodríguez Uribes keen to investigate further, saying ‘we hope it’s a Caravaggio’.

A spokeswoman for the auction house said ‘different experts are studying the work and right now we have no further information. The painting has been declared “not for export” and will not be able to leave Spain.’

The Prado Museum in Madrid is supporting the culture ministry with emergency talks about the painting’s origins and have so far hinted that there is ‘sufficient documentary and stylistic evidence to consider that the painting … may be an original work by Caravaggio.’

Jorge Coll, head of the Conaghi Gallery and who the owners have hired to examine the claims, has described the ‘magnetic’ quality of the painting. He has reportedly said that the investigation into the painting’s origins will take time, involving external experts researching historical documents and the detail of the brushstrokes.

Art historians will forensically examine the canvas and paint to confirm its age, comparing it to the styles and technology available in the era it was created in, along with reviewing other artists and students who were painting at that time.

A crucial piece of evidence already uncovered is a document found in the Spanish Royal Academy of Fine Arts, that shows how an ancestor of the owners, Evaristo Perez de Castro, acquired the painting in 1823.

If investigations do prove the painting to be that of Caravaggio, its value could be in the region of 150 million euros, although the owners are said to be more interested in attributing the artist and restoring the painting. Spain will have the option of matching the market price if it wants to keep the piece in the country.

With art experts around the world taking a keen interest in the on-going investigations, there are a number already who are convinced of its authenticity as a work of Caravaggio, whose artistic style was to use extreme dark and light, with few other colours, resulting in flashes of red or yellow appearing almost luminescent on the canvas.

Jorge Coll and his team, however, are in no rush to disclose the outcome of investigations, saying ‘the public has waited 400 years to see it, they can wait another year … it’s a matter of doing our job correctly.’

In the meantime, the possibility that the piece is a Caravaggio has captivated art lovers across the world and the painting remains in a secret and safe location in Madrid until its origins are confirmed.