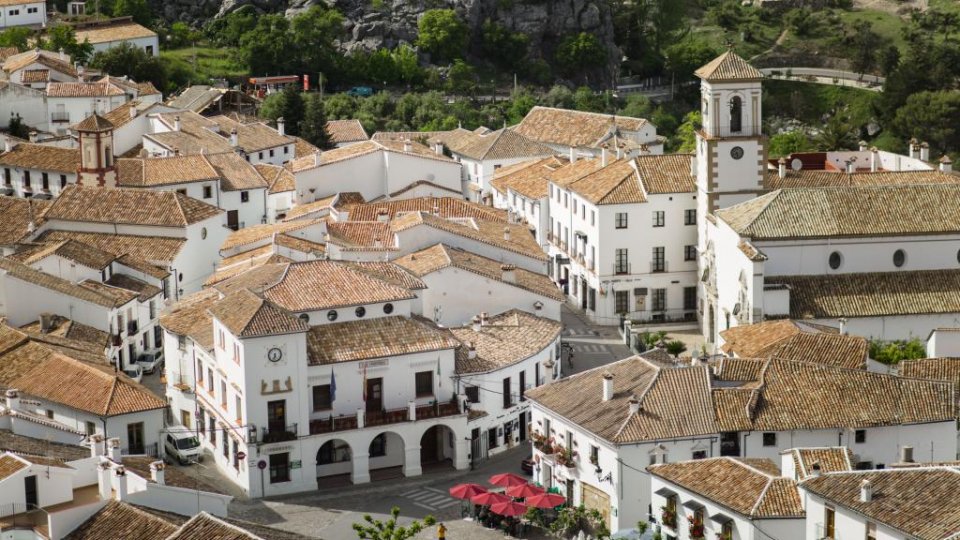 If you love Andalusia, but have never ventured beyond its cities or the beaches of the Costa del Sol, here are 10 good reasons to discover the vibrant province of Cádiz.

Here you’ll experience an authentic, less diluted Andalusian culture than you get by sticking to guidebook favourites. Because it’s less visited, you’ll experience life as a local, not something staged to appeal to foreign tourists. The area has plenty to offer: Europe’s oldest city, some of its purest rivers and beaches and possibly the finest seafood in Spain. Yet it has a decidedly unpretentious, ‘take me as you find me’ air, which only adds to its charm.

2. This is tourism to feel good about

Travelling to less well-known regions helps your euros reach local people rather international chains. In comparison to cities like Seville or resorts like Marbella, Cádiz has many more family-run hotels and restaurants. Travelling independently (booking your own accommodation), means you’ll help to boost local business and jobs.

Cádiz offers some of Spain’s most beautiful and unpopulated countryside. It’s the perfect antidote to city life or being cooped-up during the pandemic. Its less commercial resorts have less crowded beaches, making it the perfect place to go for a first vacation post-Covid.

4. The ‘Coast of Light’ has some of Spain’s best loved beaches

The beaches of the Costa de la Luz are Spanish favourites for their natural, unspoilt beauty and fresh Atlantic breezes.

Playa de Bolonia, Tarifa – Possibly the most unspoilt beach in Andalusia, its fine white sands are surrounded by verdant countryside. Located in Tarifa municipality, this is the closest you’ll get to Africa in mainland Spain and you’ll see it’s coast in the distance. Tarifa town is famed for surfing, (this is where the feisty Atlantic meets the Med) and Bolonia makes a welcome escape from its high-season crowds. To further disconnect from the cares of the 21st century, wander round the beach-side remains of Roman settlement Baelo Claudia.

Los Caños de Meca, Barbate – Part of the 1960s hippy trail, Caños retains its laid-back vibe. Although there are a few good, low-key café bars strung along the coast road, Los Caños is more about losing yourself than being seen. It offers a variety of beautiful landscapes in which to do this; find yourself a private cove, stroll amongst sun-warmed pines on the cliffs or gaze out to the Trafalgar lighthouse. It may be hard to imagine the famous battle being fought in somewhere as serenely beautiful as this.

Famous for its plentiful hiking trails along dramatic castle-topped ridges, enjoy the shade of its peaceful forests and enjoy a swim in secluded spots along its rivers. Cycling and horseriding are other great ways to see more of this captivating landscape. It’s also a serene spot for simply relaxing, listening to bird-song and the bells of goat herds.

For the perfect weekend break, try the picturesque pueblos-blancos of the Sierra de Cádiz. Strolling through the sparkling streets of Benaocaz, watching its mountains change colour in the light and its unbeatably beautiful sunsets make this a romantic destination.

Another picture-perfect pueblo with stunning scenery, Grazalema is famed both for its listing in ‘Los Pueblos Mas Bonitos de Espana’ (most beautiful villages of Spain) and for its traditional hand-woven blankets.

Perhaps most famous for its craftsmanship is the town of Ubrique. The quality of its leather goods is renowned throughout Spain. Leatherwork from Ubrique even graces the catwalks of world-class designers such as Louis Vuitton and Gucci. If edible artistry is more to your taste, sample the delicious cheese and honey of the region on a visit to El Bosque.

7. It’s a haven for water sports

Opportunities to have a go at watersports are plentiful; there’s something for everyone and for all levels of skill. The coastline has a dual personality, half easy-going Mediterranean, half exhilarating Atlantic. The Med side is great for diving and snorkelling, the Atlantic for surfing, kite-surfing and wake-boarding. Lakes in the province’s mountain ranges also make perfect places for kayaking. Try El Mogote which offers hire or guided routes near the beautiful village of Zahara de la Sierra.

Surfing lessons are incredibly popular on the Costa de la Luz. Competing to see who can stay on the board (and watching each other fail) is so much fun you’ll forget that it’s good for you! Host to international surfing competitions for its challenging waves, Tarifa is better for the experts. If you’re a beginner try the less challenging winds around Conil de la Frontera or take lessons on the fabulous beaches around Cádiz city.

UK enclave Gibraltar (off La Linea in Cádiz Province) is a favourite for diving enthusiasts. Its mix of reefs and wrecks add interest and provide a home to abundant marine life. See everything from squid, seahorses and sunfish; even dolphins are said to be plentiful. Gibraltar has numerous diving schools – Dive Charters is highly recommended and cater for complete beginners to the advanced.

8. A feast for food lovers

Getting acquainted with the province through its food is not as crazy as it sounds. Your tastebuds would certainly lead you to some charming seaside towns. While fresh fish by the beach sounds appealing, you’ll find more in the Cádiz province than chiringuitos and tapas. Spain currently boasts only one three-starred Michelin restaurant (the highest accolade), and you’ll find it here in the Cádiz province: Aponiente in El Puerto de Santa María.

Here’s a taster of some of the region’s best loved local dishes:

Almadraba Red Tuna – Tuna is a huge part of the local heritage. Visit the coastal towns of Barbate, Tarifa, Conil or Zahara during May and you can witness the annual Almadraba fishing – just as it’s taken place here for the last 2000 years. Only occurring during one-month of the year, this fishing method with Phonecian roots is truly sustainable. Today, as a large part of the catch is frozen you can try the tuna all year round. However, visitors in May and June can sample it fresh at the local gastronomic festivals held to celebrate the year’s catch.

Made famous by its sherry and horses, Jerez de la Frontera is also worth a visit for its restaurants alone. LU Cocina y Alma which serves French-Andalusian style cooking and Mantua, for modern Spanish cooking, both have one Michelin star. Alevante in Sancti Petri, in Chiclana de la Frontera, also has one star. As mentioned above, Aponiente in El Puerto de Santa María holds three stars.

9. A tangible sense of history

People say Andalusia is the part of Spain whose character retains the strongest Muslim influence, partly due to its proximity to Morocco and the fact it was the last Spanish territory to be relinquished by Muslim rule. Although this influence can be seen on a monumental scale in Granada’s Alhambra and Córdoba’s Mezquita, it is very much apparent in the Cádiz province. The streets, houses, decoration and place names communicate this distinctive character.

One of the best places to notice this is in Vejer de la Frontera. A sense of its former civilisations can be observed in the Catholic church ‘Iglesia Divino Salvador’. Formely a mosque, built on both Roman and Visigoth foundations, you will also see the Star of David marked above the door, recalling a time when both Jews and Muslims peacefully shared this building to worship their distinct religions.

An example of the resistance to outside influence which is apparent in the province of Cádiz can be found in the story of the Cobijada – reputedly of Christian origin, this garment covering all but the right eye was worn by some local Vejer women until the 1970s.

Something that cannot (and should not) be resisted in Cádiz is immersing yourself in its culture. On arriving in Cádiz city, you might have the sense that, like Christopher Columbus, you’ve somehow drifted into Latin America. Cádiz has a very similar, laid-back, unpretentious feel that you might experience in its twinned city, Havana, Cuba.

To soak up this wonderful atmosphere, sit yourself down for some tapas in Plaza de la Mina square. Even better, visit when it’s carnival time; Cádiz Carnival is second only to Rio de Janeiro in fame. Its eleven days of fun, originality and mass participation – fancy dress costumes are obligatory!

Click here to return to our Andalusia in English home page.