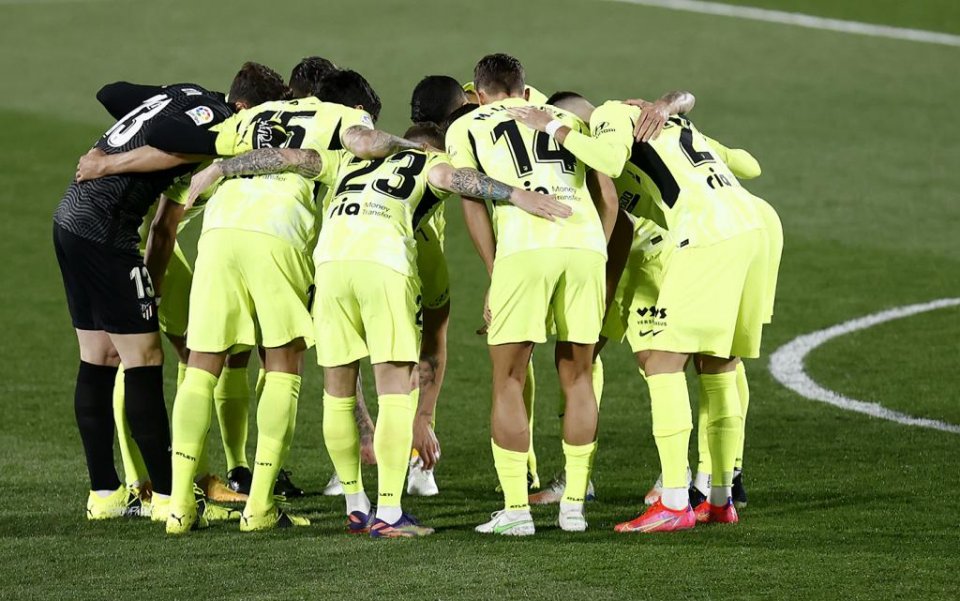 We thought it was all over. Atlético Madrid, just a few weeks ago, were cruising at the top of La Liga. The likes of Barcelona and Real Madrid were barely even considered title rivals. Neither of the big two could find the sort of form that had propelled Atlético to the summit of the mountain. For the red and whites,  the prospect of being crowned champions was looking like a matter of when, rather than if.

Atlético, however, were never really dominating sides despite dominating the league table. It’s not something they tend to do. But the three points kept coming each week. Not always in the prettiest of fashions. A penalty here and there, deflected goals, a Luis Suarez snatch and grab, whatever did the job. But have they just been papering over the cracks?

They are now six points above second-placed Real Madrid but tonight [Monday], all eyes will be on Barcelona who host Huesca. If the Catalans win, as most would expect, they will overtake Real and find themselves just four points behind the leaders. This closing of the points gap has already got people asking, can Atlético hang on until May?

We tried until the end.
We gave it our all.
We keep going ✊🏼

Saturday was not a great day for Diego Simeone’s men, as they were held to a 0-0 draw at Getafe. The league leaders enjoyed 73% possession but simply couldn’t finish their dinner. Allan Nyom was shown a straight red for a foul on Renan Lodi, but even with the extra man, Atlético came up short, albeit coming close when Luis Suarez hit the post as the game neared its end.

Real Madrid, on the other hand, will be in high spirits after Karim Benzema’s last-gasp winner at home to Elche, a goal that could prove to be vital come the end of the season.

A 62nd minute header from Dani Calvo put Elche ahead against the run of play, but it was only to last until the 73rd when Benzema also got on the end of a cross with his head to bring the score level again.

A minute into stoppage time, Real Madrid had to take whatever chance they could, and as the ball fell to Benzema on the edge of the box he fired into the far corner to ensure that Zidane’s side keep knocking on Atlético’s door as the final quarter of the season approaches.

The victory also saw Real Madrid move above Barcelona but it is the Catalans who now have a game in hand, having played 26 matches whilst both Madrid sides are on 27.

For Barça, winning the title would undoubtedly make up for yet another disappointing Champions League campaign. On Wednesday evening, their 1-1 draw at Paris Saint Germain was not even close to overturning the deficit from the first leg of the same tie, which they had lost by 4 goals to 1.

Sevilla were the other Spanish side to be knocked out of Europe’s biggest competition, but did so with their heads held high, losing 5-4 on aggregate to Borussia Dortmund, with Tuesday’s game ending in a 2-2 draw.

In the Europa League, Villarreal got off to a great first leg by winning 2-0 away to Dynamo Kiev, whilst Granada beat FC Molde at home by the same scoreline.