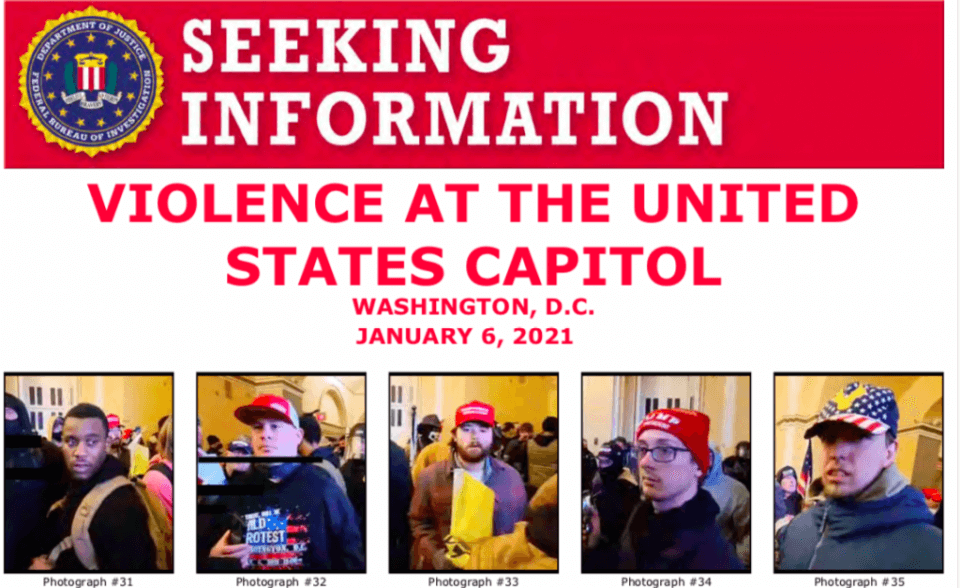 Just when you’re thinking ‘thank God that 2020 is all over’, along comes day six of 2021 in the shape of a bare-chested, face-painted freak wearing horns and what look like two dead raccoons on his head, prancing around inside the US Congress with hundreds, if not thousands of other white supremacists wearing red ‘MAGA’ Trump hats. Did you ever imagine all this could happen whilst you’re confined to your own home during a deadly pandemic, or behaving yourself in a face mask and standing two metres from everyone else?

Admittedly it was the Three Kings day here in Spain when lots of magical, mystical things happen – but you couldn’t have even dreamt up this script, not even with Borat and Joe Exotic in the leading roles and a whole bunch of redneck extras from Ozark. The USA spends $732 billion a year on defence, but the Capitol Hill building – the centre of the US government – fell in just under two hours to these racist thugs.

The weirdo with the fantasy horns, duck dungarees and Coyote-style fur hat (not Jamiroquai’s Jay Kay) is allegedly a 33-year-old ‘failed actor who lives with his mum’ in Phoenix, Arizona, and who roams around shopping malls shouting out conspiracy theories about ‘FBI paedophile codes’. His name is Jacob Anthony Chansley, also known as Jake Angeli, also known as ‘the QAnon Shaman’, and he is now in custody on charges including violent entry and disorderly conduct.

Some media claim that the Viking imagery of his outfit, combined with the Valknut, Yggdrasil and Mjolnir (or Thor’s Hammer) tattoos, are Nordic pagan symbols frequently used by far-right racists and neo-Nazis. At the heart of ‘QAnon’ itself, is a theory that says that Donald Trump is secretly waging a war against elite Satan-worshipping paedophiles in government and the media. QAnon believers think ‘this fight’ will one day lead to a day of reckoning where prominent people such as former presidential candidate Hillary Clinton will be arrested and executed. Had enough yet? No, wait, let me also tell you about Richard ‘Bigo’ Barnett, aged 60, from Gravette, Arkansas …

Bigo is the one who entered the office of Nancy Pelosi, aged 80, and the 52nd Speaker of the US House of Representatives. Bigo left Nancy a ‘nasty note’, calling her a ‘bitch’, and then he said that he ‘put my feet up on her desk and scratched my balls.’ Bigo has since been taken into custody in his home state on federal charges of entering and remaining on restricted grounds, violent entry and theft of public property.

OK, enough. I could go on and on. The more I dwell on it, the more outraged I feel. Five people died during the mob storming the US Capitol. A gallows was erected on the grounds. Explosives and pipe bombs were found. They shouted: ‘Hang Mike Pence!’ Several in the mob carried Confederate flags (a symbol of racism dating back to some states supporting the continuation of slavery during the American Civil War), and wore Nazi emblems or T-shirts with references to Auschwitz.

Yet before his account was finally suspended on Facebook and Twitter, Donald Trump called this mob ‘great patriots’ and ‘we love you’. His daughter Ivanka called them ‘American patriots’, then later deleted her tweet. Donald tweeted a video telling the rioters that he loved them, that they’re special, but that they should now go home, again repeating false claims that the US election was stolen. Later, he tweeted yet again: ‘These are the things and events that happen when a sacred landslide election victory is so unceremoniously & viciously stripped away from great patriots who have been badly & unfairly treated for so long. Go home with love & in peace. Remember this day forever!’

82 people (only) have so far been arrested. One of the things that struck me about all the images this week is how relaxed and stress-free the mob actually appeared, all strolling around the US Senate House as if they were special guests at a white supremacist gala. It sickened me. Saul Loeb, one of the photographers in the Capitol building on Wednesday, told The Guardian that, ‘Usually the police act very quickly, tackle individuals to the ground, cuff them and take them out – but that’s not what was happening.’

Why? That’s what I’d like to know. We all know they would have been shot if they’d been Black Lives Matter protestors. And isn’t it a bit late now issuing ‘wanted posters’ for them all? The US National Guard should have simpy locked the doors of the Capitol building, locked them all inside, and arrested every single one of them.

Oh, yes, sorry … this week in Spain we’ve had the Three Kings, more restrictions, over 2 million cases of Covid-19 now confirmed since the start of the pandemic, Storm Filomena and one helluva lot of snow. I hope that events in the USA might calm down enough for me to be able to focus this weekly blog more on Spain again next week.