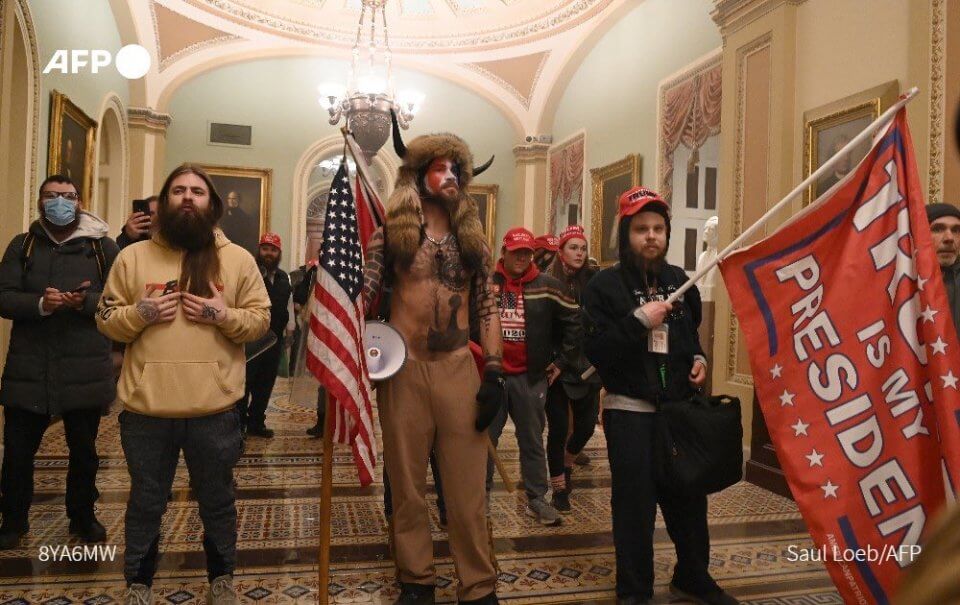 US President Donald Trump has released a statement promising an ‘orderly transition’ of the presidency to Joe Biden on 20 January, but has repeated his unsubstantiated claims of electoral fraud. It follows the storming of the US Capitol on Wednesday by a mob of his most extreme supporters, which left four people dead.

US lawmakers formally certified Biden as the winner of the November presidential election on Thursday morning. Current Republican Vice President Mike Pence certified the Electoral College count of 306 in favour of Biden against 232 for Trump.

On Wednesday, Trump had told the crowd at a ‘Save America’ rally that he would ‘never concede’ the 2020 election, urging supporters to gather at the Capitol building to support the Republican lawmakers who had vowed to challenge Biden’s victory.

A large crowd of Trump supporters fought with Capitol police and security guards, then forced their way into the building, smashing windows and climbing over the outside walls. The National Guards of several nearby US states were mobilised to provide support against the mob.

Washington DC police have said that four people died during the siege. One woman was shot by police and died later in hospital. Three others died as a result of ‘medical emergencies’. More than 50 people have so far been arrested.

Trump had issued another message on Wednesday evening, in which he repeated his false claim that the election was stolen. He also asked supporters to ‘stay peaceful’. Several hours later he issued a video on social media, calling for the crowd to ‘go home’ before adding, ‘We love you. You’re very special.’

Spanish Prime Minister Pedro Sánchez tweeted on Thursday that the attack on the US Capitol ‘only succeeded in reaffirming the principles we share. Spain will work with the United States for a more just world and the triumph of democracy over extremism.’

The US Congress ratifies the victory of @JoeBiden after a fateful day. Yesterday's attack on Capitol Hill has only succeeded in reaffirming the principles we share. Spain will work with the United States for a more just world and the triumph of democracy over extremism.

Here we publish a video from The Guardian newspaper, showing scenes of the mob storming Capitol Hill:

Covid-19 vaccine from Moderna given approval by EU Medicines Agency

Opinion: ‘Un observador inglés’ (10 Jan) – Reflecting on the mob riot at the US Capitol

I’m American. Your news here resembles that of what we get at home. All one sided. There have been a number of people arrested, but did you know the majority of them were invited in? There are many videos showing the police removing barricades, opening doors, and waving people inside. As for the damage? Everyone seen on videos smashing and destroying are connected to BLM and Antifa, two very anarchist groups. They are well known supporters of the groups. John Sullivan was arrested in connection with shooting a man sitting in his vehicle last summer, during a BLM protest. There were groups of infiltrators smashing windows and breaking down doors. Trump supporters were trying to stop them. It’s all on video. I’m guessing by your failure to report it, you’re either not very good at your job, or you are what is called Fake News in my country.

There are also hundreds of videos portraying election fraud. Do you count the votes of dead people? Do you allow people to vote more than once? Do you allow stacks of blank ballots to be mailed to imaginary people? How about counting ballots that are listed as being cast several days before the postmark shows they were even received? How about tech analysts? Do you believe any of them know how to analyze data? We’ve got some top people who have analyzed the data and it is horrific. How about having more votes than registered voters? How is that possible, or the places that had more counted votes than actual residents of all ages? Do you allow underage children to vote? We don’t but they did, by the thousands. Please stop saying there’s no evidence. This type of corruption has been going on for decades and Americans are sick of it. How do you think Trump got elected in the first place?