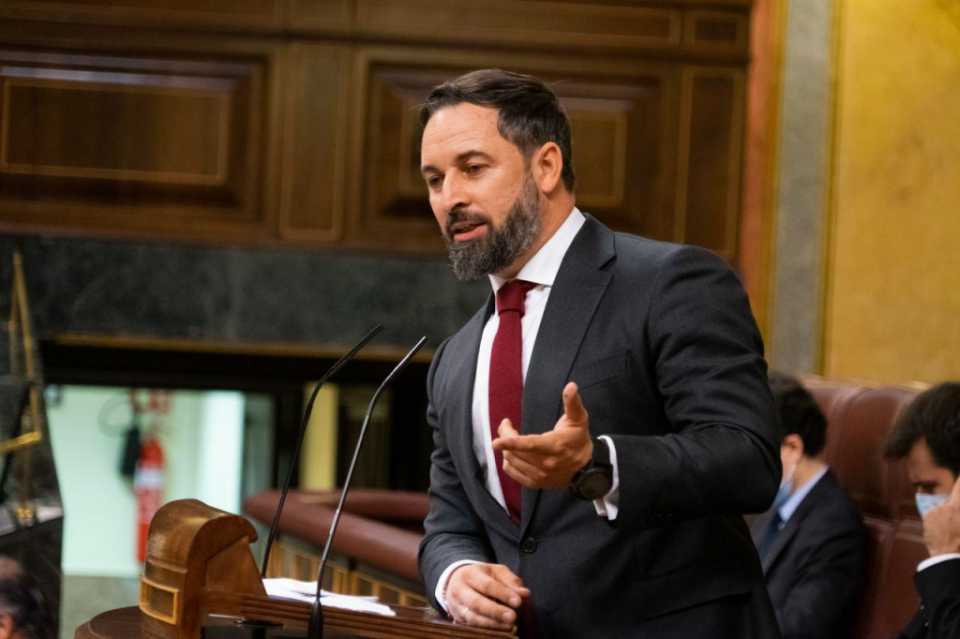 After a two day debate, the Spanish Congress rejected a no-confidence motion brought by the far-right Vox party against the left-wing (PSOE–Podemos) coalition government led by prime minister Pedro Sánchez.

The motion was finally only backed by Vox’s 52 MPs out of the 350-seat chamber, with the remaining 298 voting against, including those of the main right-wing opposition group, the People’s Party (PP).

The PSOE socialist party and left-wing Podemos group (led by Pablo Iglesias) have a total of 155 seats in the Spanish parliament, 120 PSOE and 35 Podemos – the latter being an alliance between Podemos and the United Left (IU) party. The People’s Party (PP) has 88 seats.

This was the fifth no-confidence motion since Spain returned to a democracy in 1976, following the death of dictator Franco. Abascal, the candidate to replace Sánchez, achieved the worst result from all previous motions.

During the Coronavirus pandemic, the Vox party has been highly critical of the coalition government. When Spain celebrated its National Day on 12 October, the party organised car protests to demand that Sánchez and Iglesias resign over their handling of the pandemic. It followed a previous car protest in late May, with Abascal claiming at the time that the government was ‘directly responsible for the worst management of this [Coronavirus] crisis on the entire planet’. This week, Spain became the first country in Western Europe to register over one million confirmed cases of Coronavirus. Latest official figures (21 Oct) show that there have now been 34,366 deaths from the virus in Spain.

The no-confidence motion had put pressure on MPs of the PP, led by Pablo Casado, who had to decide between voting against it to maintain a distance from the far right, or abstaining to still keep in favour with Vox’s followers. The PP presides over regional coalition governments in Andalusia and Madrid, however, thanks partly to the support of Vox.

Casado finally announced that his party’s MPs would vote against the motion, and which he dismissed in Congress as ‘pure populism’.

‘We will vote no, because we say no to the divisions that you seek, no to the polarisation that you need,’ Casado said to Abascal, during the debate. ‘It’s just that we don’t want to be like you, we are not like you,’ he added.

The last time MPs debated a no-confidence motion was in June 2018, proposed by the PSOE party and following a huge corruption scandal surrounding the PP, which brought down the government of prime minister Mariano Rajoy. The motion won the backing of Podemos, together with Basque nationalists and Catalan pro-independence groups, allowing Sánchez to become prime minister.