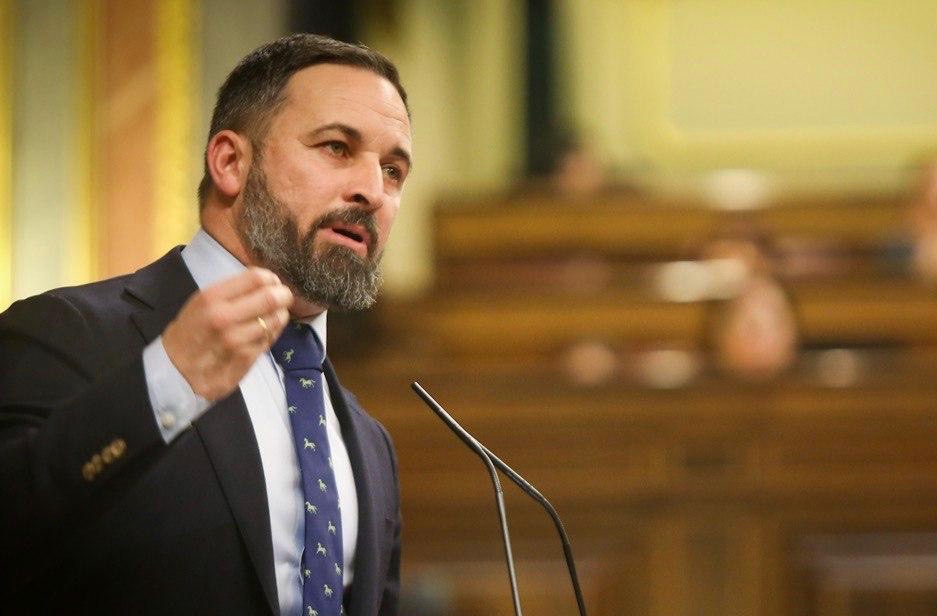 Spain’s far-right Vox party has submitted a draft bill to the Spanish Congress to amend the law on political parties, with the objective of making pro-independence parties illegal.

Less than a year after first entering Congress with 24 seats in Spain’s April 2019 general election – later increased to 52 seats in the November 2019 election, and now making it Spain’s third largest party – the Vox party, lead by Santiago Abascal, is currently setting the opposition agenda to the new PSOE-Podemos left-wing coalition government of Pedro Sánchez and Pablo Iglesias.

Just over the weekend, Vox announced plans in Murcia that allows parents to remove their children from school lessons if they don’t approve of the subjects under discussion. The scheme, known as Pin Parental, has already provoked a bitter national debate.

On Monday, Vox announced plans seeking to ban pro-independence parties. The party had previously acted as the ‘popular prosecutor’ in the Catalan Trial against the pro-independence leaders, calling for 74 years in jail for former Catalan vice-president Oriol Junqueras, whilst Spain’s Public Prosecutor and the Attorney General had called for 25 and 12 years respectively. Junqueras was finally sentenced to 13 years for sedition and misuse of public funds.

Abascal submitted his party’s draft bill to Congress on Monday to amend the law on political parties, aiming to make independence parties illegal – a measure that would affect the Esquerra Republicana (ERC), Junts per Catalunya (JxCat), and CUP parties from Catalonia, the EH Bildu and PNV parties from the Basque Country, and BNG from Galicia, among others.

This new Vox initiative comes two months after they managed to get a non-binding motion through the Madrid Assembly urging for the same steps to be taken. On that occasion, the idea was supported by the right-wing People’s Party (PP) and Ciudadanos (Cs). Neither party has yet announced how they will vote in the Spanish Congress.

In a press conference on Monday, Abascal said the intention was to ban ‘all parties which aim for the destruction of national unity’. He added it’s a step towards banning all parties which don’t explicitly express respect for the Spanish Constitution in their statutes.

Under the bill registered by Vox, ‘a political party will be declared illegal when its activity violates democratic principles, particularly when in so doing it seeks to damage or destroy the regime of freedoms or make impossible or eliminate the democratic system, as well as when it seeks to damage or destroy national sovereignty or the indissoluble unity of the Spanish nation.’