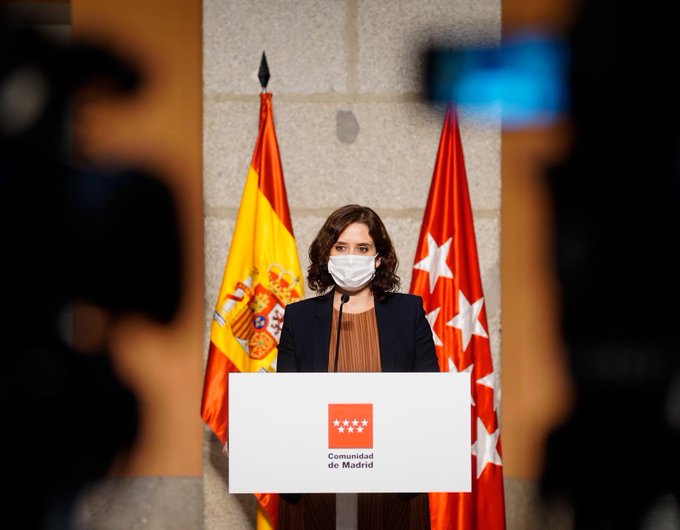 A top regional court in Madrid has rejected the partial lockdown imposed last Friday on the capital and nine other towns in the region to slow the spread of Coronavirus (Covid-19) infections.

The court statement said that it ‘had denied the ratification [of measures] on the grounds that they impacted on the rights and fundamental freedoms’ of the 4.5m residents affected by the restrictions, which had come into force from 10pm last Friday.

Commenting on the ruling, Spanish Health Minister Salvador Illa pledged to ‘take the judicial decisions that better protect health’. A further Covid-19 Working Group meeting is planned between the Spanish Health Ministry and Madrid’s regional health authorities, but whether or not the current restrictions will continue is uncertain.

The new measures had been imposed upon Madrid by the Spanish Health Ministry, following a majority agreement reached between the Spanish government and the country’s 17 regional governments last week, at a meeting of the Inter-territorial Council of the National Health System. New restrictions are to be applied across Spain to communities that exceed 500 cases of Coronavirus per 100,000 inhabitants, have a positivity rate in tests higher than 10% – and an occupation of Covid-19 patients in intensive care units (ICUs) of above 35%.

With these criteria, 10 municipalities in the region of Madrid, including the city itself, had the restrictions imposed from 10pm on Friday.

The Madrid regional health chief, Enrique Ruiz Escudero, stated last Thursday that the new restrictions lacked any ‘legal status’. The Madrid regional government led by Isabel Díaz Ayuso announced that it would implement the measures, but  also filed an appeal on Friday at Spain’s High Court, the Audiencia Nacional.

After the regional court’s ruling on Thursday, however, Ayuso announced she would now be withdrawing the high court appeal, to ‘prevent further confusion for citizens’. She has also asked for ‘sensible and fair’ measures to be agreed between the region’s health authorities and the Spanish government. She also recommended that citizens should not leave Madrid during the coming long weekend (Monday 12 October is a national holiday in Spain).

Without the measures being ratified by the court, police in Madrid also have no legal grounds on which to issue fines for those not complying with the new restrictions. The police had also held back from issuing fines, while waiting for the court’s decision.

In the latest Coronavirus figures released by the Spanish Health Ministry on Wednesday, Madrid has registered 39,391 infections in the past 14 days (255,615 since the start of the pandemic), which is currently 591.16 per 100,000 inhabitants for the same period.