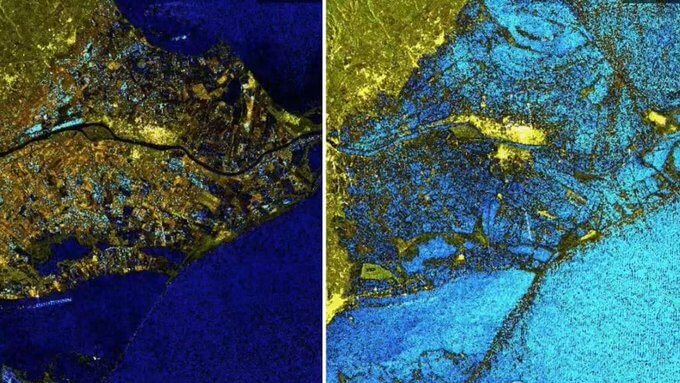 As Storm Gloria finally subdued on Wednesday morning, after leaving nine people dead and four still missing, the east cost of Spain could start to evaluate the full impact of the devastation since Sunday.

Authorities confirmed on Wednesday that there have been five more deaths in addition to the four already reported since Sunday. Three people died in the Valencia region and two others in Almería in Andalusia.

Two of the four people reported as still missing include a British national in Ibiza. Another person missing was last seen in Palamós, Costa Brava, where the emergency services believe they might have fallen into the sea whilst trying to secure a boat. The fourth person unaccounted for was last seen canyoneering in Sóller, Mallorca.

The eastern Mediterranean region has been the worst hit by Storm Gloria, bringing strong winds, very high waves, heavy rain and snow since Sunday. The gale force winds and waves have devastated many beaches, seafront promenades, with fallen trees also causing roadblocks and cutting off power lines in many areas.

Several areas throughout Catalonia were flooded due to the rain and the rough sea, including a large section of the Ebre River Delta, and the rice fields, flora and fauna it hosts. Authorities say that seawater has devastated thousands of hectares of the rice fields.

Major rivers in the Girona region of Catalonia are also still at ‘maximum risk’ of bursting their banks, such as the Ter, Onyar, Daró and Tordera, and some rivers and streams have already flooded nearby areas.

Some bridges, such as one above a train track between Malgrat de Mar and Blanes – on the border between the Barcelona and Girona regions – was badly damaged. Another example is a seafront promenade in Badalona, north of Barcelona, called Pont del Petroli.

Large areas of the Vallès Oriental and Maresme areas in the Barcelona metro area, had no electricity supply on Wednesday morning, like many places in the Girona and Ebre delta areas.

The storm has left some 300mm of rainfall in central, northern and southern parts of Catalonia over the past four days, including 315mm in Arbúcies (La Selva county), 303mm in Puig Sesolles (Vallès Oriental), and 284mm in Horta de Sant Joan (Terra Alta), as of 10am on Wednesday.