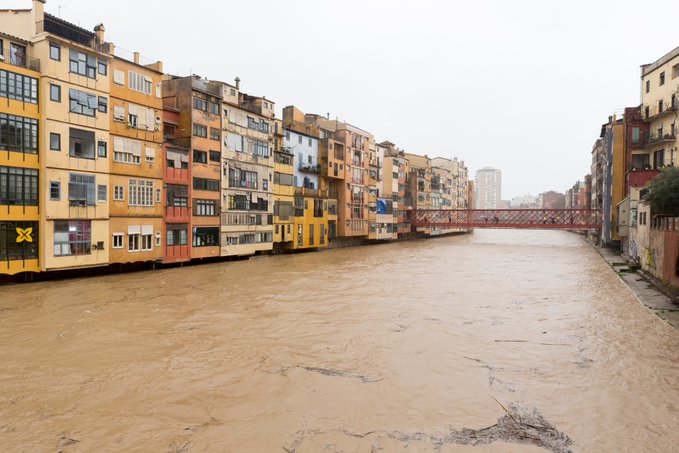 The death toll from Storm Gloria has increased to 13 people on Friday, with another four people still missing, after the east coast of Spain was battered from Sunday through most of Wednesday by gale-force winds of up to 140km/hr, torrential rain and heavy snow. Huge waves continued to crash upon many harbours and seafront promenades, with rivers now overflowing and causing flooding.

Catalonia, Valencia and the Balearic Islands have seen the worst of the storm and its devastation.

Authorities had already confirmed on Wednesday that there had been five more deaths in addition to the four already reported since Sunday. The death toll has now increased to 13, with four people still missing.

A 69-year-old man from Palafrugell, northern Catalonia, died on Wednesday after falling into the water at the port of Palamós, according to sources from the City Council and Civil Protection.

Another body was found in a car in the town of Jorba, outside Barcelona. On Thursday, police discovered the body of a 36 year old man who had been reported missing in Cabacés, outside Tarragona. The man’s body was found in his own car, submerged in the Montsant river. On Thursday evening a fourth fatality in Catalonia was confirmed. A man died in Calafat, in southern Catalonia, dragged into the sea by a wave while fishing on the rocks.

Two other deaths were recorded in the southern region of Andalusia – among them a 77-year-old farmer killed after a greenhouse collapsed on him in a hailstorm, police said.

A 25-year-old British man who visited a beach in the north of the holiday island of Ibiza is still among the four people missing.

In Catalonia, the city of Girona and nearby towns of Salt and Sarrià de Ter experienced a drinking water shortage on Thursday afternoon after the local water company, Aigües de Girona, was unable to supply water from the nearby Pasteral reservoir.

Some 4,000 residents in Girona were also affected by a power outage as a result of a fallen electrical tower.

The Ter and Onyar rivers in Catalonia are still at risk of bursting their banks, with heavy rain causing flooding in Girona’s Sant Ponç, Pont Major and Pedret neighbourhoods.

Hugo Morán, Spain’s environment secretary, said that the flooding and damage in the Ebre delta caused by Storm Gloria ‘surpassed our worst expectations’.

National weather agency Aemet said the storm had started to abate on Wednesday but its after effects continue to keep Catalonia and the Balearic Islands on high alert.

The storm has now moved northwards and is affecting France’s southernmost regions of the Pyrenees-Orientales and Aude.

One of the areas most affected by the storm was the Ebro river delta south of Barcelona where a storm surge swept 3km inland, according to the European Union’s Copernicus Climate Change Service. It released satellite images showing how the surface of the region disappeared under water.

Seawater has flooded about 30 sq km of rice-growing areas in the region, according to a local collective.

Prime minister Pedro Sánchez visited the region on Thursday to survey the damage, and thank the emergency services for their work.

Catalan president refuses to step down, despite court confirming suspension