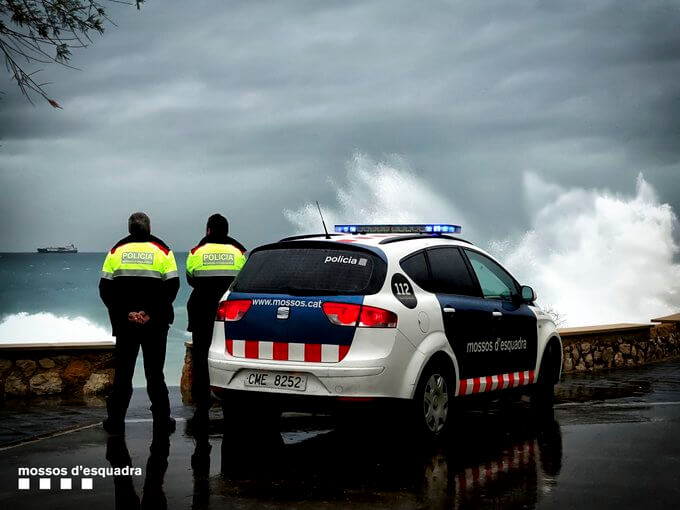 Storm Gloria continues to bring chaos to the east coast of Spain, from Catalonia through Valencia to Murcia, as well as the Balearic Islands, with four people now known to have died since the storm began on Sunday. According to Spain’s national meteorological agency (AEMET), it is expected to last until Wednesday.

The fourth victim from the storm, adding to the three deaths reported yesterday, died from hypothermia in Moixent (Valencia).

Around a total of 200,000 children were unable to attend school on Monday, with many roads blocked. 191,000 students in Valencia went without school, 3,000 in Castilla-La Mancha and 462 students in Castilla y León. In Catalonia, schools in the Maresme, Terra Alta and Vallès Oriental regions were also closed, due to snowfall blocking roads. Many schools remain closed on Tuesday.

With snow common at this time of year in the Pyrenees, it has been falling and settling in some areas at just 500m above sea level, blocking a number of routes. The Vallter 2.000 and Vall de Núria ski resorts were closed on Monday as a precaution, after a danger of avalanches had been forecast, along with 2.5m of snow in 48 hours.

Howling winds across the east coast of Spain of over 100km are also causing major problems.

In the Valencian Community, Storm Gloria has seen nearly 268 litres of rain per square metre in Beniarrés (Alicante). Residents in Canterería have been evacuated due to the danger of the Clariano river overflowing its banks. Emergency services are working around the clock to combat flooding.

After Alicante-Elche airport was closed on Sunday evening – Spain’s fifth busiest airport – about 179 flights were cancelled or delayed throughout Monday, affecting some 22,000 passengers.

In Catalonia heavy winds have caused high waves along the coast, with the largest measuring 10m at the Begur headland in the north, and eight-metre waves in Tarragona, in the south.

In Barcelona, all parks, the zoo, the beaches and the seafront walks are closed. The emergency services have warned the public not to walk alongside the sea and beachfront promenades.