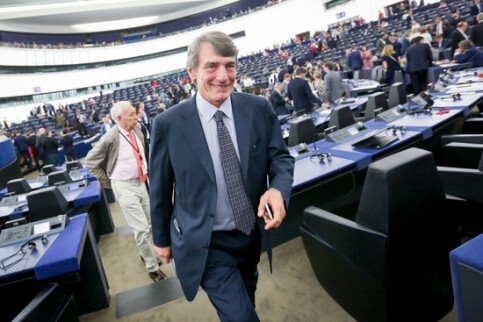 The European Parliament has reversed its decision on the status of jailed Catalan leader Oriol Junqueras as an MEP, and instead endorsed this week’s ruling by Spain’s Supreme Court and ‘terminated’ his mandate.

In a statement issued on Friday 10 January, however, the EU Parliament said Junqueras’s mandate as an MEP ‘terminated with effect on 3 January 2020,’ when Spain’s Electoral Authority (JEC) vetoed the jailed leader.

Junqueras, leader of the Esquerra Republicana (ERC) party, has said he will appeal the decision to remove him as an MEP to the General Court of the European Union.

The Spanish Supreme Court further endorsed the JEC ruling on Thursday 9 January, denying Junqueras permission to take up his seat in the EU chamber, despite the CJEU ruling on 19 December that he had immunity as an MEP.

‘It follows from the case-law of the Court of Justice that the European Parliament is obliged to take note without delay of the final decisions of the competent judicial authorities of the Member States,’ read the statement on Friday from the EU Parliament president, David Sassoli.

The statement acknowledged that Junqueras’ mandate as an MEP ‘started on 2 July 2019 on the basis of the official declaration of the results of the elections by the competent Spanish authorities.’

Sassoli says in the statement that he will officially announce the termination in the plenary session of the EU chamber on Monday, and that he will ‘ask the competent Spanish authorities to quickly notify to Parliament the name of the new Member.’