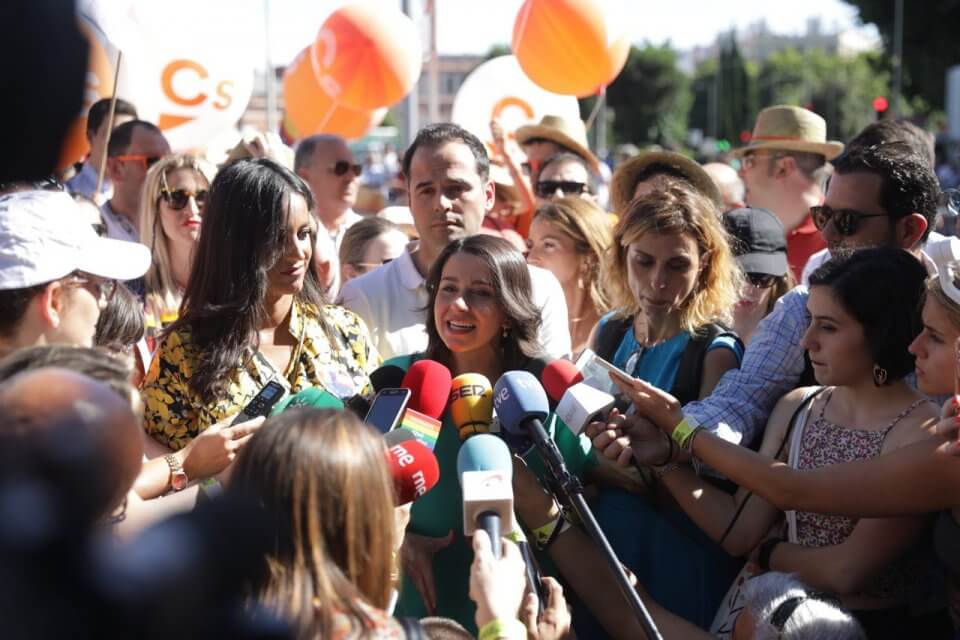 Inés Arrimadas has announced she will stand as a candidate to lead the Ciudadanos (Cs) party, after Albert Rivera‘s resignation last week following the party’s disastrous election results on 10 November.

Arrimadas was previously the head of the Cs party in Catalonia (Ciutadans) prior to the appointment of  Lorena Roldán in July.

Rivera, who was the only leader of the party since it was founded in 2006, stepped down on 11 November, the day after the Spanish general election in which the Cs party suffered a dramatic loss of seats – down to 10 from the from the 57 it had obtained in the 28 April general election.

In an interview with Antena 3 TV on Monday, Arrimadas maintained that she was ‘strong’ and ‘brave’ enough to take on the challenge of heading the party.

Arrimadas also said she ‘had a broad-based support within the party’ and was confident that she would be elected to lead it in the party’s upcoming extraordinary congress, claiming that they would ‘lift the party up’ because ‘there are many Spaniards who wish to return to Ciudadanos’

When Arrimadas was head of the Catalan branch of Cs, the party won the greatest number of votes in the December 2017 Catalan election, just months after the independence referendum, although she ended up leading the opposition as she did not obtain enough support in the Catalan Parliament to become president.

Catalan President on trial for ‘disobedience’, facing ban from office