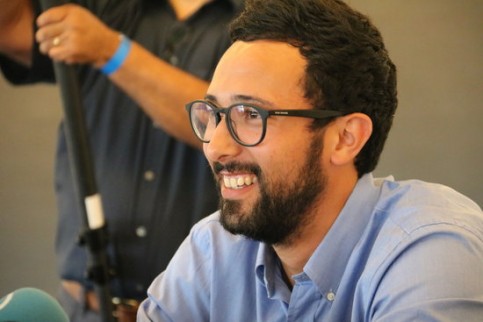 The European Court of Human Rights (ECHR) has dismissed the rapper Valtònyc’s appeal against Spain. The singer has been convicted to three and a half years in prison for slander, defaming the Spanish crown, and glorifying terrorism in some of his lyrics.

He avoided jail by going into exile in Belgium, where his extradition case is still open.

On Tuesday, it was revealed that the Strasbourg judges have decided not to consider his claim that the verdict he received in Spain was against his human rights.

ALSO READ: Willy Toledo released after being detained for blasphemy

The rapper’s lawyers have suggested that the court might have considered that Valtònyc can still make appeals within Spain’s legal framework. The ECHR normally only handles cases when the whole appeal process within a country has been exhausted.

If this is the case, Valtònyc could still continue fighting the verdict in Spain, and then potentially take it back to the ECHR.

The ECHR’s decision comes after the appeals court in Ghent handling the rapper’s extradition case asked the Court of Justice of the European Union (CJEU) in Luxembourg to clarify which Spanish anti-terrorism law should apply.

On 26 November, the Advocate General of the ECJ is expected to announce his conclusions on whether a Spanish law from 2012 or another tougher anti-terror law passed in 2015 applies in Valtònyc’s case.

The Ghent court originally rejected Spain’s extradition request on 17 September, arguing that it is a freedom of speech case, but the Belgian prosecutor appealed the ruling, which led the court to ask the ECJ for advice.

In the September hearing, the European Commission agreed with Valtònyc’s lawyers that the arrest warrant for the singer issued by Spain was unlawful, which after the hearing led the musician to say he was ‘optimistic’ that his extradition will be refused.