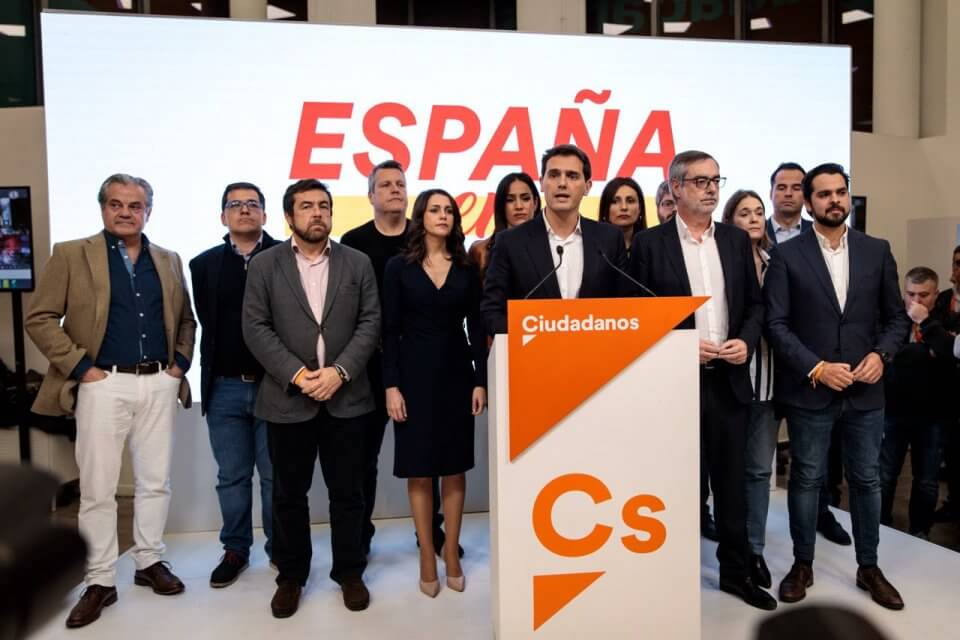 Albert Rivera resigned as leader of Spain’s Ciudadanos (Cs) party on Monday, following the disastrous results for the party in Sunday’s general election.

He has also announced that he will be leaving politics and public life.

The Cs party fell from 57 to 10 MPs in the Spanish Congress, with their support dropping from 15.86% to just 6.79% in only six months after the inconclusive April general election.

In a statement on Monday in Madrid, Rivera said that he was quitting as his party’s president ‘for responsibility.’ What’s more, he said that he will not take up his seat in congress: ‘I can’t be an MP only for a payslip.’

Rivera also said that that he would be leaving politics altogether. ‘Life is much more than politics’, he said, adding that he has been ‘very happy’ while being a politician, but now wants to spend more time with his family and friends. ‘Life goes on,’ he said.

The leader of Cs also wished luck to ‘those who will have to take decisions’ in the party from now on. It is expected that the party will hold a conference in the near future to pick their new leader. Commentators are already expecting Inés Arrimadas to be a frontrunner and favourite for the role.

Albert Rivera had been the president of Cs since it was founded in 2006.

His party made its breakthrough in 2006 obtaining 3 seats in the Catalan Parliament, and started an upward trend until it won the Catalan election in 2017 with 36 MPs – yet this was not enough for them to gain the presidency, as pro-independence parties got the majority of seats.

In 2015, Rivera moved to Madrid and took part in the Spanish Congress vote for the first time, gaining 40 out of 350 representatives. The upwards trend peaked at 57 MPs in April 2019, but on 10 November, it dramatically dropped to its all-time worst in Spain.