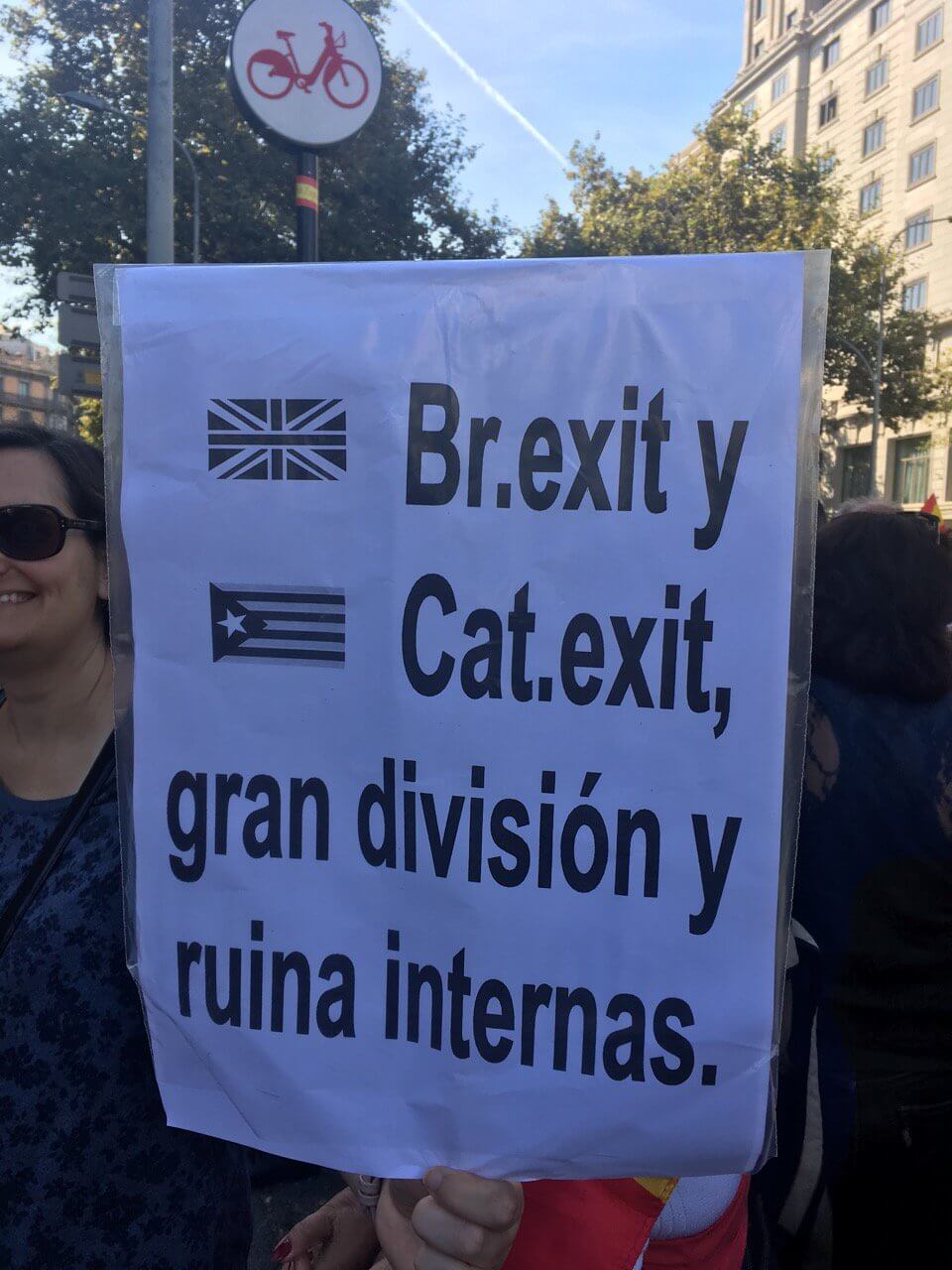 The region of Catalonia in northeastern Spain, home to Barcelona, struggles with divisive politics over its identity and unification with the Spanish state. This divide between constitutionalism and separatism among its compatriots has been growing contentiously for nearly a decade, with mass demonstrations erupting from both sides in recent years. Current events have drastically escalated these tensions, launching the city of Barcelona into political and cultural turmoil, reflective of the times as more nations choose to turn inwards rather than constructively cooperate.

Prompting this latest controversy was the announcement on 14 October 2019, that nine of the leading secessionists involved in arranging the illegal 2017 Catalan independence referendum had been issued prison sentences of between nine and 13 years by Spain’s Supreme Court for sedition and/or misuse of public funds. The stringent ruling was immediately met with strong backlash as hundreds of thousands of pro-independence supporters took to the streets of Barcelona over the following weeks. A radicalized separatist ethos fuelled by decades of resentment unleashed chaos – protests often turning violent and destructive as rioters expressed their frustration finally out from under the foot of past Franco-era tyranny. More than 600 people have been injured and costly vandalism has taken its toll, leaving many of Barcelona’s residents frightened, ashamed and wondering whether there’s an end in sight.

In response to the fanaticism, an estimated 80,000 anti-separatist protestors gathered in the city centre on 27 October to call for an end to the violence and demonstrate their support for remaining part of Spain. Catalan, Spanish and EU flags flew in harmony over the crowd as those fed up with the actions of the most radical members of their society had the opportunity to convey a more peaceful and thought-out message. Rather than fixate on historic oppression or point to the subtle differences between Catalan and Spanish cultures, those in attendance made it clear that their focus fell on the shared values and history uniting all of Spain. Not only do the ‘remainers’, as they are sometimes referred, see the importance of diversity and unity within a society, they understand the very real consequences separation poses to economics and EU partnerships.

Businesses are unwilling to set up shop or remain in a region plagued with so much political instability and trade and alliances would have to be entirely renegotiated if Catalonia were to become an independent republic. Regardless of the current federal funding and investment disparities perceived by many in Catalonia given their greater contributions to GDP and tax revenue, leaving Spain would have long-lasting economic impacts that are from certain to favour Catalan pockets. Whilst separatists have ironically caused millions in damages during their protests to claim Barcelona as their own, remainers accept the responsibility of sharing their wealth with everyone. Blessed with a beautiful coast and a thriving metropolis attracting worldwide tourism, they take little offence in essentially providing aid to Spain’s poorer regions – a strategy not unusual in state governance.

The peaceful anti-separatist protest, representing Catalonia’s silent majority according to a regional government survey last month polling 48.3% against separation as opposed to 44% in favour, provided a momentary glimpse of rapprochement, reminding us in stark contrast of the dangers rabid nationalism can have on a country or region. The angriest and loudest actors all too commonly have the effect of inflating the prominence of their perspective. In times like these – certainly a vital moment for Spain – a nation’s core values and prosperity are defined for generations to come. In other places like the UK, tactless nationalism has already made its mark with projections suggesting that the current Brexit deal, if passed, will amount in a £70bn loss of GDP by 2030.

The US, too, suffers at the hands of president Donald Trump‘s hardline nationalism. His ‘America First‘ ideology has exacerbated racism and xenophobia, deteriorated partnerships and tarnished international clout, which has only helped to empower economic and military competitors like Russia and China. In both US and UK cases, impassioned nationalist movements have dictated unalterable political outcomes in the name of escaping establishment rule and foreign accountability; however, in so doing they have unleashed their own form of tyranny – one of anger, hatred and indifference toward their fellow countrymen and outsiders – a trend familiarly seen in the rise of populism across Europe.

Whether it be Catalonia, the UK or the US, nationalism promises to erode the fabric of a society by accentuating cultural differences and neglecting the common interests of all people. In this modern interconnected world, a more cosmopolitan approach is the most sensible way forward. This doesn’t have to transverse one’s patriotism, only open their mind to the inevitability of a globalised world. Catalonia still has the freedom to choose this path – one of peace and civility, diversity and prosperity, progress and unity. These are ideas all Catalans can get behind, if only they take a look at the world around them. With the Spanish general election coming up on Sunday 10 November, let’s hope they do.

Philip Finkelstein is a technical writer and Citizens’ Climate Lobby blog contributor originally from Vermont with a degree in Political Science and a deep passion for bringing about meaningful change.

‘nationalism promises to erode the fabric of a society by accentuating cultural differences and neglecting the common interests’
Actually I think this is exactly what the Left do in politics across both continents by their obsession with identity politics , shameless race-baiting and their insistance that ‘diversity’ somehow promotes unity.

So according to the article, the US should reamin within the British empire and not to opt out for any voting, less saying a revolt if when seeking representation and democracy?