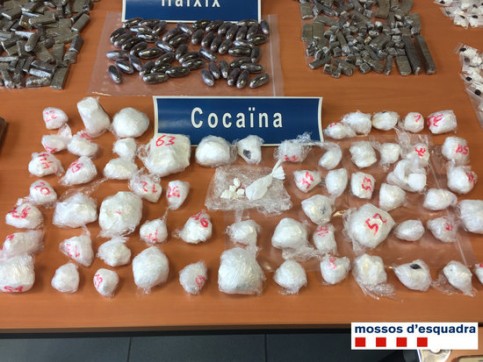 Barcelona is the capital of cocaine use in Europe, and along with Antwerp, Amsterdam, Zurich and London, is one of the cities in the world in which the most illicit drugs are consumed.

The findings come from a recent international study that analysed sewage water from 60 million people in 120 cities in 37 countries for signs of cocaine, amphetamines, and MDMA.

Published in the journal Addiction, the study concludes that cocaine is consumed most in cities in the south and west of Europe, with Barcelona foremost among them.

Meanwhile, the use of methamphetamine is most prevalent in North America and Australasia, whilst the highest rates of ecstasy (MDMA) use are in the Netherlands.

Done with the participation of Spain’s CSIC Research Council, the study also found that Barcelona was eighth in MDMA use, and thirteenth in methamphetamine use.

Conducted over seven years (2011-2017), the researchers monitored sewage in the cities seven days a week to build up a map of illicit drug use around the world.

In the case of the Catalan capital, the data was taken from seven different water treatment plants in the Barcelona metro zone, making up some 34% of the area’s total sewage.

The consumption of illicit psychoactive drugs varied according to country, with cocaine being particularly popular in Switzerland, Italy, France, Spain and the UK.

Meanwhile, cities in Greece, Portugal, Finland, Poland, and Sweden were found by the study to have the lowest rates of drug residue in their wastewater.

One weekend, two opposite protests

Weekend rallies see 350k and 80k, according to police