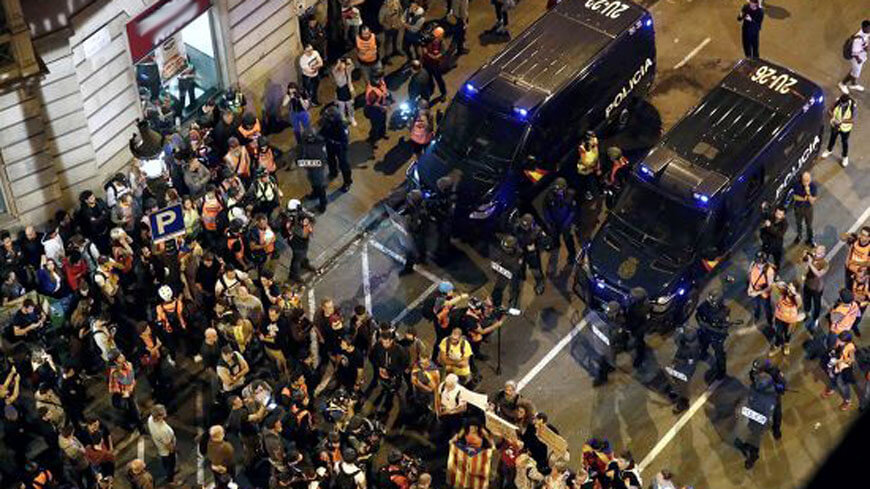 The Commissioner for Human Rights at the Council of Europe has expressed concern regarding the ‘disproportionate use of force’ and ‘the inappropriate use of anti-riot weapons’ by police on demonstrators during last week’s protests in Catalonia.

In a statement, Duna Mitjatović cited the ‘misuse of rubber and foam bullets,’ which have led to four known serious eye injuries during the demonstrations in response to the verdict of the Catalan Trial, issued on 14 October.

Mitjatović has therefore urged that ‘Spanish authorities reconsider the use of these weapons in operations aimed at managing public demonstrations’, and that they must ‘investigate and adequately sanction all reported instances of abusive use of force by law enforcement officials’.

This letter mirrors that of her predecessor, Nils Muižnieks, who in 2017 wrote a letter to Interior Minister of Spain at the time Juan Ignacio Zoido raising his concerns over the disproportionate use of force by police during the crackdown of the 1 October independence referendum for which nine leaders were now sentenced to prison terms between 9 and 13 years.

I urge the Spanish authorities to reconsider the use of these weapons in operations aimed at managing public demonstrations. They should also investigate and adequately sanction all reported instances of abusive use of force by law enforcement officials. https://t.co/KY9dhBc7Yx

Furthermore, current commissioner Mijatović has urged for the ‘protection of the rights to freedom of expression and peaceful assembly’,  after nearly 65 journalists were injured over the course of last week.

She voiced her concern regarding ‘attacks carried out by demonstrators’ but also ‘violent behaviour at the hands of police officers’, which has involved beatings, broken equipment and even being shot at with foam bullets.

She remarked that there is ‘growing insecurity for journalists reporting on the situation in Catalonia in recent months.’

She called on Spanish authorities to act by ‘investigating all reported cases of attacks against journalists, whether they were carried out by police officers or demonstrators’ and to take measures to ‘guarantee the safety of all journalists during demonstrations’.