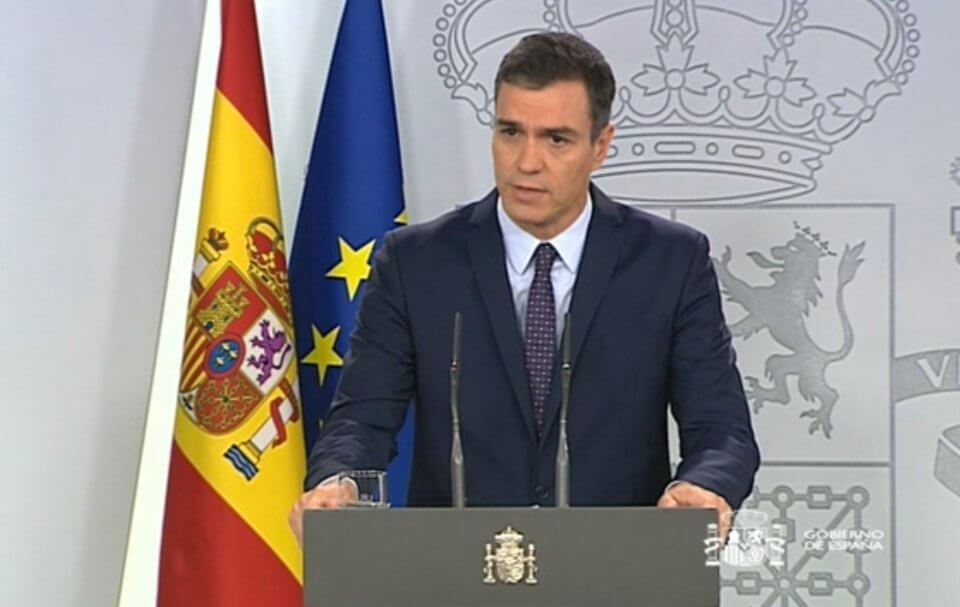 Spain’s acting prime minister, Pedro Sánchez, said in press conference on Monday that ‘complying with the [Catalan Trial] verdict implies following the ruling completely,’ thereby rejecting the possibility that the jailed independence leaders, who have been found guilty of sedition and misuse of public funds, be pardoned.

According to Sánchez, a ‘new era’ must begin that is based on ‘dialogue and law’ and that ‘coexistence needs to be restored in Catalonia’.

Sánchez, who described the Supreme Court’s handling of the case against the 2017 referendum organisers as ‘exemplary’, said that his government would strive to ‘guarantee coexistence, safety, and respect to democratic laws’.

Moncloa, the presidential palace, has confirmed that Sánchez will be calling the heads of the People’s Party (PP), Ciudadanos (Cs), and Podemos – Pablo Casado, Albert Rivera, and Pablo Iglesias, respectively – to discuss the verdict.

The Spanish acting prime minister has also called a meeting with ambassadors in Madrid to explain the verdict of the independence trial.