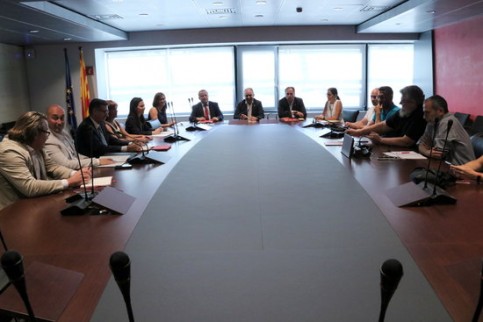 Iberia ground staff at Barcelona airport have confirmed that they will be on strike this Friday 30 August and Saturday 31 August, as originally planned – yet shortly after having previously said they were calling off the move for those days as a ‘demonstration of responsibility’.

Vueling has already cancelled 92 flights at Barcelona airport this weekend, with 14,000 passengers affected overall. This follows the 112 flights cancelled by Vueling during the strike of the weekend of 24-25 August.

Iberia employees decided to make the U-turn within hours, arguing that their employer has in the end rejected setting up a monitoring committee.

Following another meeting on Wednesday at the Department of Labour, the strike committee had agreed to commit to ‘the direction of Iberia, which will improve employment conditions for the staff at Barcelona-El Prat airport.’ Ground staff had expressed concerns regarding an increased workload over the summer season.

The strike committee had previously stated that, as a ‘demonstration of responsibility’ they were calling off the strikes and offering a ‘truce’ with Iberia to put an end to the conflict.

Ground staff representatives and Iberia management will continue to meet at their headquarters, but the strike on Friday and Saturday seems now inevitable.