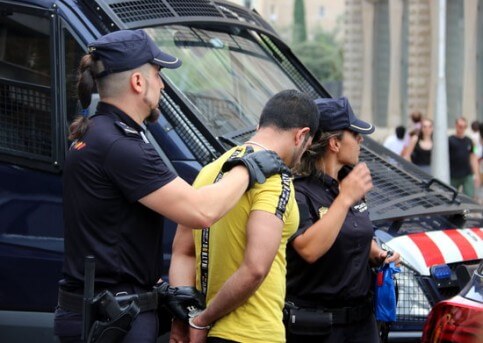 In an operation to counter theft on the metro in Barcelona organised by the Spanish National Police and the Catalan police (the Mossos d’Esquadra), 17 out of 23 people detained will appear before court on Wednesday, while six are being released, according to police sources.

The 23 people were detained on suspicion of theft on the metro on Tuesday, 22 of whom were arrested under the Migration Law.

The police worked between the Sagrada Família and Diagonal stations. The collaboration between police forces will continue to prevent reoffenders, and to combat metro theft.

Every day on the metro, it is believed that up to 100 pickpockets are working at the busiest stations, looking to steal valuables. Thieves usually operate in groups, and employ a variety of tactics against both tourists and locals.

Underground theft accounts for a third of all theft in the Catalan capital, and reoffending is very common among pickpockets.

The police operation has however generated controversy, recently being denounced as a ‘raid under racial profile’ by Irídia, a body that defends human rights.

They stress that ‘operations based on racial profile are contrary to the Constitution since they are discriminatory. The police cannot identify people based on their racial profile.’