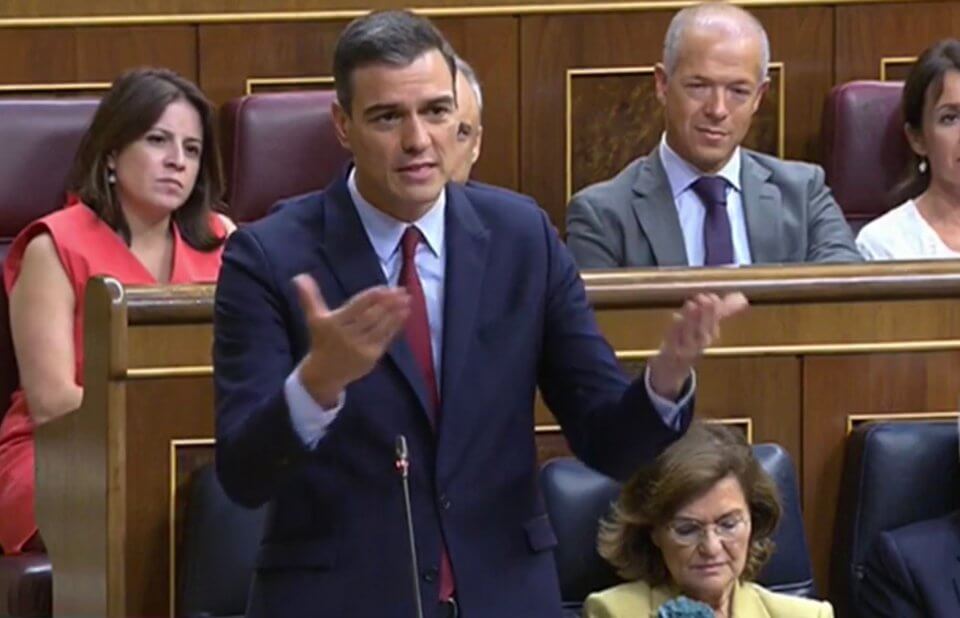 With less than three hours to go before the second vote in the Spanish Congress on acting prime minister Pedro Sánchez‘s bid to be reinstated in the role, it appears that no coalition agreement has yet been reached between the Socialist (PSOE) party and Podemos.

Sánchez failed in his first attempt on Tuesday, as he only gathered 124 votes in favor, while 170 MPs voted against.

Catalan President Quim Torra‘s party, Junts per Catalunya (JxCat), will vote against the Socialist leader, while the Esquerra Republicana (ERC) party will abstain.

This abstention would enable Sánchez to stay in power for a second term should the Socialists manage to reach a deal with Podemos.

The Spanish Congress will hold a second round of voting from 2.30pm on Thursday, in which the Socialists will not only need Esquerra’s abstention, but also the backing of anti-austerity Podemos – the parties are in coalition talks, but so far without success.

JxCat’s senior MP in Madrid, Laura Borràs, made it clear on Thursday that her group would vote against Sánchez.

‘JxCat will vote No because Catalonia is waiting for a Yes. A Yes is needed to give a response to the hopes of the majority of Catalans,’ she tweeted. ‘They have neither statesmanship, nor common sense.’

ERC’s head in Madrid, Gabriel Rufián, announced his party would abstain in order to ‘give an opportunity’ to a Spanish left-leaning coalition.

Along with a left-wing pro-independence Bildu MP, he called on the Socialists and Podemos to negotiate until the last minute, and urged ‘responsibility’ from them.

Rufián was wary of a potential snap election to be held on 10 November, because, he said, the parties on the right might prevail and win a majority of seats.