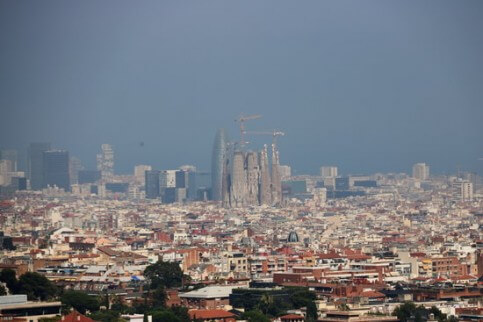 Brussels has referred the Spanish authorities to the European Court of Justice (CJEU) for not respecting air pollution limits in Madrid and Barcelona.

The EU has decided to take legal action after issuing a final warning earlier this month.

The European Commission sent the warning on 9 July, reminding the Spanish authorities that the measures taken to curb air pollution in the cities are not sufficient.

On Thursday, the European Commission announced the decision to bring Spain to the courts for failing to ‘respect the limits of nitrogen dioxide’ in its urban areas.

Spain has been in the EU’s sights for concerns over air pollution in the cities since 2015. In 2017, Brussels threatened Spain with legal action if it did not take action.

However last year, Spain avoided the courts when the EU held back and said the measures adopted ‘seemed adequate’ for tackling the air quality problem.

At the same time, Brussels did go ahead and report Germany, France, Hungary, Italy, the UK and Romania to the high court in Luxembourg.

According to the European Commission, the latest air quality data shows that in Barcelona and Madrid, the legal limits of nitrogen dioxide have been ‘persistently’ exceeded.

Karmenu Vella, the European Commissioner for Environment, Maritime Affairs and Fisheries, said ‘there is an urgency to implement measures to improve air quality.’

‘Normally we do not comment on specific announced measures but we always stress that effective measures are needed to achieve a better quality of air,’ Vella went on to explain. ‘But then it’s up to the member states to choose the measures to achieve the results,’ he added.

In the announcement, Brussels also reminded Spain that almost 9,000 people die prematurely every year in the Spain due to this polluting gas, according to data from the European Environment Agency.

‘The newest air quality data provided by Spain confirms the systematic breach of EU rules on nitrogen dioxide values, which have been legally binding since 2010,’ the Commission said, referring the matter to the Court of Justice of the EU.

The current pollution suit against Spain will be the third time this year that the European Union has reported Spain to the CJEU.

The first was in March, when the EU reported the Spanish authorities for failing to comply with the union’s energy efficiency directive.

The next came in June, when Brussels objected to the ‘disproportionate penalties’ Spain levied on residents who had not declared assets in another member state.

With regards pollution, the EU Commission did not say in its statement if it has asked the court to consider fines, but financial penalties of either a daily payment or a lump sum could eventually be imposed.