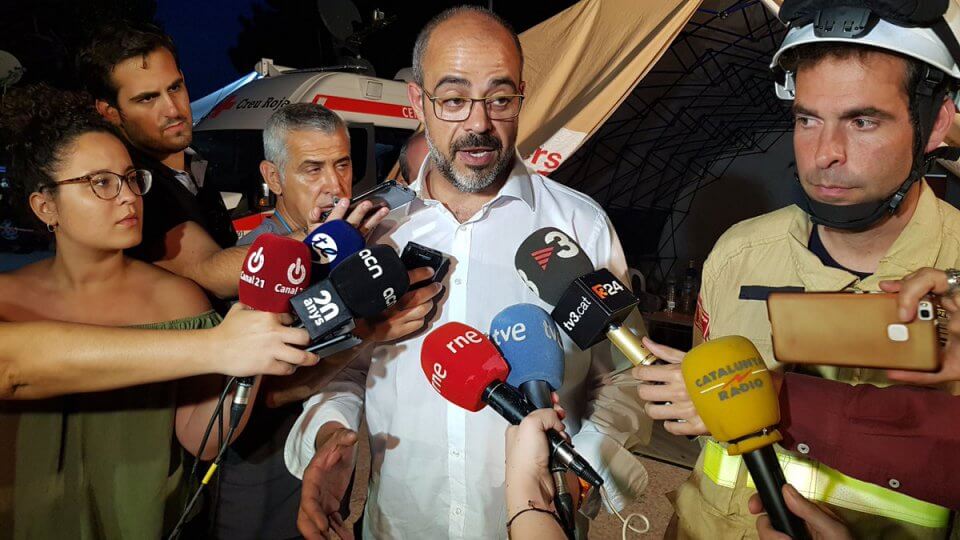 The spontaneous combustion of a manure pile on a farm is being reported as the likely cause of sparking a 13,000-acre wildfire that continues to burn out of control in Catalonia.

According to Miquel Àngel Garcia, head of forest rangers in Ribera d’Ebre, the fire could have been initially caused by a manure heap on Wednesday.

It has since been reported that improperly stored chicken manure on a farm in the village of Torre de l’Espanyol sparked the fire when met with the record heat wave currently pounding Europe.

Spontaneous combustion can occur when materials self-heat, reaching a high enough temperature for ignition to occur.

In Catalonia, TV reports have shown horses incinerated in the blaze that rolled across the rural terrain, forcing the evacuation of at least 53 residents.

Hundreds of sheep also died in the fire and smoke that drew more than 500 firefighters and soldiers to battle the flames.

The wildfire in Catalonia broke out Wednesday. By Thursday, about 80 ground teams, seven air units and the emergency military unit had joined efforts to control the blaze.

The flames threatened nearly 50,000 acres in the area, said Miquel Buch, the Catalan interior minister, calling it the area’s worst wildfire in 20 years.

He said that the firefighters working on the wildfire were achieving their objectives according to their strategy – but that maximum precaution was still required.

‘The difficulties are such that we can’t talk about a fire that is under control or in the extinction phase, but rather that we’re at a moment when the blaze is getting bigger,’ Buch told Catalan radio.

Buch also said it might have been caused by ‘an accumulation of manure in a farm that generated enough heat to explode and generate sparks.’

‘Let us be very aware that any irresponsibility can end up being a catastrophe,’ Buch said in a tweet. ‘Maximum precaution.’

Could Spain be heading for yet another General Election?