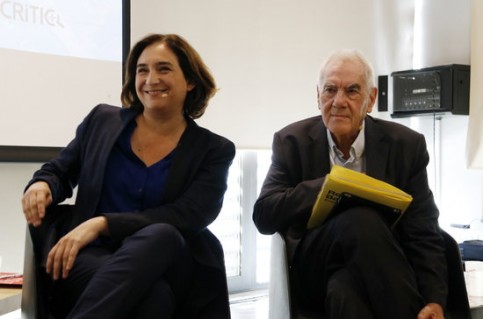 The results of the local elections of 26 May in which the pro-independence Esquerra Republicana (ERC) party candidate, Ernest Maragall, narrowly beat the left-wing Barcelona en Comú party (BComú) of incumbent mayor, Ada Colau, now begs the question of who will rule in the Catalan capital.

A coalition of the two parties seemed a foregone conclusion given their similar progressive leanings, but the offer by unionist candidate, Manuel Valls (the former French prime minister supported by the Ciudadanos party), to back Colau ‘without conditions’ to prevent Maragall becoming mayor has thrown the cat among the pigeons.

The ERC candidate has said that such an arrangement between Colau and Valls would be ‘unbelievable’ and ‘grotesque’, and Maragall insisted that him becoming mayor is the ‘logical conclusion’ of the talks that his party held with Colau’s last week.

Yet, it may not be such an unbelievable scenario as the prospective mayor might think, as also on Friday, the Catalan Socialist (PSC) candidate, Jaume Collboni, said he could envision a ruling PSC-BComú coalition with Colau as mayor, with occasional support from Valls.

The political game of musical chairs in the Catalan capital mirrors the larger conflict in Catalonia between the pro-independence and unionist parties, with the latter keen to avoid Barcelona falling into the hands of a party that is firmly committed to splitting from Spain.

Collboni, for example, insisted that the local election results did not show a clear victory for the pro-independence camp, as ERC did not win a clear majority of seats and some 60% of voters in the Catalan capital voted for non-independence supporting parties.

With a mayor due to be invested on 15 June, the parties have less than two weeks to come to an arrangement. Colau’s party says: ‘We have not begun any talks with Mr Valls nor we do we intend to,’ but neither has the party completely ruled the option out.

What BComú has ruled out ‘under any circumstances’ is an agreement with the also pro-independence Junts per Catalunya (JxCat) party, which as an anti-eviction activist leader Colau opposed when the party was previously in government in Barcelona.

Whilst Colau’s voters would look down on an agreement with the Ciudadanos (Cs) party, which backed Valls’ candidacy, Collboni’s scenario could be enticing to BComú, which is set to have talks with PSC to explore ‘a common roadmap that puts the city first’.