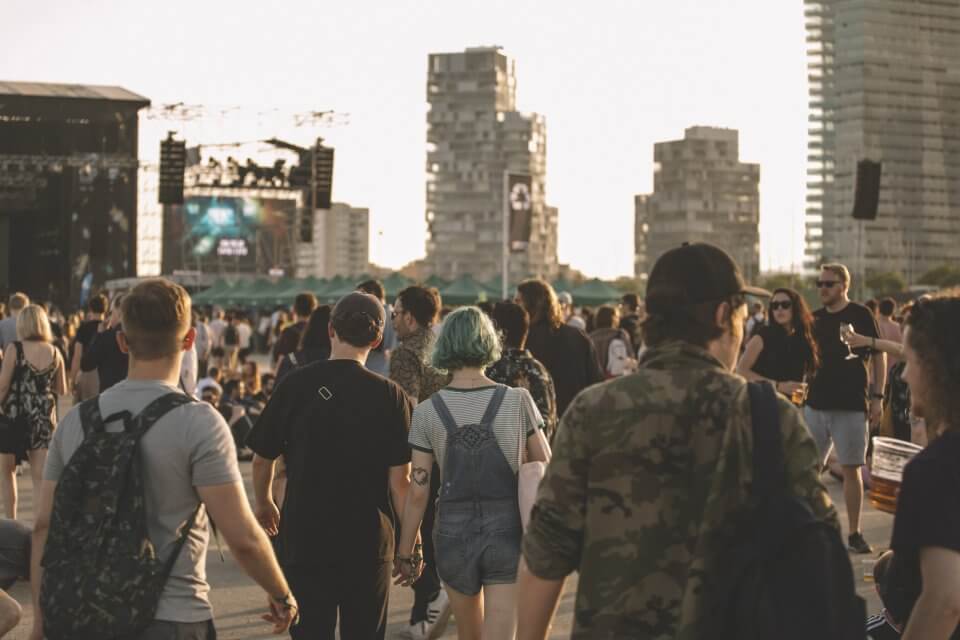 Primavera Sound 2019 gets underway this week, bringing hundreds of thousands of music fans to Barcelona’s Parc del Forùm to see headline acts such as Tame Impala, Solange, and Future.

In total, 295 artists from 40 countries will give 331 performances over a packed week, with a hugely exciting programme.

The eclectic festival celebrates its 19th edition this year, and expects a record attendance once again, after increasing the capacity at the site to 64,500 per day.

‘At this point, we can confirm that Saturday will be the biggest day for attendance in the festival’s history,’ an official statement read.

‘The New Normal’ is Primavera Sound’s tagline for the gender inclusivity of the festival that caters for everyone.

The festival has ensured gender equality by making the line-up 50.77% female, with a number of high-profile non-binary artists performing too, such as Octo Octa.

A study from Pitchfork of 20 of the world’s biggest festivals in the last two years showed male artists are regularly disproportionately represented at music festivals, with 74% of artists playing in 2017 being male, and 70% in 2018.

This year, Primavera Sound has opted for a different, more balanced approach.

Headliners for every genre

Primavera Sound cannot be described as a rock festival, or a hip hop one, or electronic, or anything else. In reality, the festival is all of these, and more.

As well as gender-inclusivity, Primavera Sound is also a world-leader in providing fans with a huge range of styles and genres to choose from throughout the week.

Rocking out at Primavera

If you’re looking for guitar-driven riffs and choruses, the selection of rock to choose from rivals any rock-only festival in the world.

Mac Demarco, Tame Impala, Interpol are some of the indie highlights of the week, with Carcass and Fucked Up catering to anybody who prefers heavier sounds, while there’s also Snail Mail and Julien Baker offering more stripped-back soothing sounds.

Hip hop, rap, and RnB fans will not be disappointed either, with Solange Knowles returning after blowing crowds away in 2017.

Pop fans have had their dreams come true this year as well, with Carly Rae Jepsen blasting out her viral hit Friday on, of course, Friday night. Miley Cyrus has also been added to the line-up after Cardi B had to drop out. French synth-pop sensation Christine and the Queens will also light up the week with her unique brand of dreamy sounds.

For those with the stamina to last until the very end, Primavera Bits provides fans the perfect spaces to dance away deep into the early morning.

Some electronic music gods such as Maribou State, Richie Hawtin, Peggy Gou, Joy Orbison and Modeselektor will have fans moving their feet, while a Primavera favorite DJ Coco will close the week-long party on Sunday night in Sala Apolo.

Lovers of the old school will be treated to Stereolab‘s first show in ten years, while Erykah Badu will stun fans with her classic soul masterpieces. 90s icons Suede and underground legends Guided by Voices are also making appearances this year.

For those interested in something a little different and experimental, local artist Rosalía brings her modern twist on flamenco spectacle to the table, while Cuco is sure to delight bilingual fans with raps mixing English and Spanish. Reggaeton will also be well represented with J Balvin, Ivy Queen, and DJ Payero providing the Latin rhythms.

Sons of Kemet XL bring four drum kits to the stage, and Big Thief and Big Red Machine deliver for the fans of folk. No matter your taste, Primavera Sound will give you an outstanding festival experience like none other can.

Primavera Sound takes place in Barcelona’s Parc del Forùm between 30 May and 1 June.