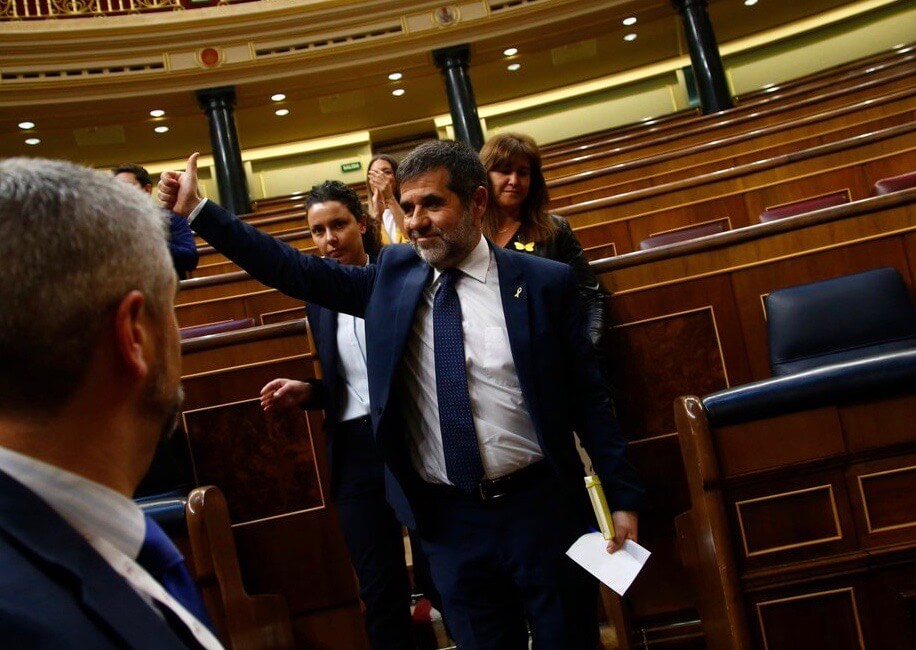 The lawyer of the jailed Catalan pro-independence leader and suspended Spanish MP Jordi Sànchez – currently one of the 12 defendants in the Catalan Trial – has asked the Supreme Court for ‘special permission’ for him to leave prison to meet the king of Spain as part of the customary post-electoral talks that will take place between the monarch and party leaders at the Zarzuela Palace.

The Junts per Catalunya (JxCat) politician who is currently facing trial for charges concerning the 2017 Catalan independence referendum was proposed by his party on 28 May to attend the talks.

ALSO READ: Junqueras: ‘They’ve suspended us in Spain, but won’t be able to in Europe’

His party has also stated that they will not send a substitute to represent them if Sànchez is not allowed to attend the event with Felipe VI.

Sànchez was granted permission to leave prison on 20 and 21 May to to take up his seat in Congress following Spain’s general elections on 28 April.

However, he was suspended shortly thereafter by the Spanish Congress Committee along with the other jailed MPs Oriol Junqueras, Jordi Rull and Jordi Turull.