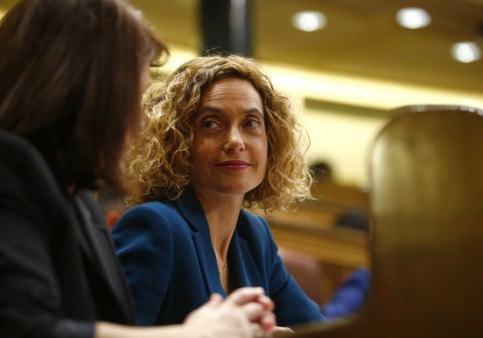 The Catalan Socialist (PSC) party’s most senior MP in Madrid Meritxell Batet has been voted speaker of Spain’s congress, while University of Barcelona professor Manuel Cruz has won the election for Senate speaker.

Batet, the outgoing minister responsible for the regional policy in Pedro Sánchez‘s acting Spanish government, fell one vote short of an overall majority but won a run-off against her predecessor Ana Pastor with 175 out of the 350 seats.

The congress speaker (also known as congress president) is the third-highest office in Spain, following those of the monarch and the prime minister. They serve as both the chair and leader of the legislature.

None of the pro-independence MPs voted in favour of Batet or Cruz.

Batet is the first Catalan to hold the office since 1982 and only the second in the modern era. It is thought to be the first time in Spanish history that both parliamentary chambers will be presided over by Catalan politicians.

Fellow Socialist Cruz was confirmed as her Senate counterpart in a simultaneous vote in Spain’s upper chamber, with former Catalan foreign minister Raül Romeva also granted leave from prison in order to take his seat.

Cruz, who won 140 out of 250 votes, was a late replacement for Catalan Socialist Party leader Miquel Iceta as government nominee after the Catalan parliament vetoed his appointment in protest at his unionist stance.