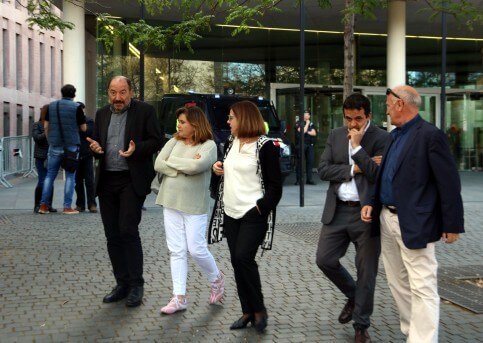 Spain’s Attorney General has requested the indictment of 27 officials for ‘criminal organisation’ over activities surrounding the October 2017 referendum – among them Catalan public media heads, high-ranking government officials and businesspeople.

Most of them had already been indicted for crimes including misuse of public funds, disobedience, deceit, revealing secrets or perversion of justice.

On Wednesday the attorney asked to also include criminal organisation, which could carry up to 8 years in jail.

The acting president of the Catalan public media corporation, Núria Llorach, is among the officials involved in the request, as well as the director of the public TV outlet TV3, Vicent Sanchis, and the head of public radio station Catalunya Ràdio, Saül Gordillo.

Also part of the attorney general’s request are businesspeople who were allegedly linked to the referendum logistics as well as government officials such as the communications secretary, Antoni Molons, or the secretary general of the presidency department, Joaquim Nin.

The prosecutor has requested the same charge for an official of the Catalan data protection agency, the only person out of these 27 who had not been previously indicted.