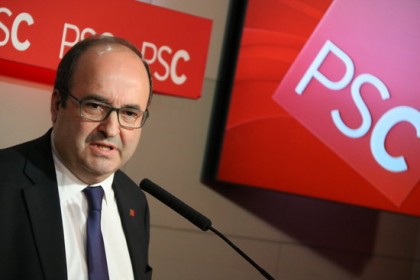 This is set to be formalised on 21 May when Spain’s Parliament will officially establish the new parliamentary post holders.

Most of Spain’s senators are appointed via popular vote, but some are also chosen by the parliaments of each of the autonomous communities.

Since Iceta did not run for senator in Spain’s 28 April elections, he will have to take over the Catalan Parliament-designated post once former President José Montilla steps down.

An avowed federalist, Iceta is highly relevant in the Catalan-Spanish conflict for his role as an influential Socialist figure surrounding Pedro Sánchez when it comes to Catalonia. As such, some interpret Sanchez’s choice of speaker as a means to encourage a rapprochement between Catalonia and Spain following the 2017 independence referendum fallout.

ALSO READ: Sánchez on Catalan referendum or independence: ‘No is no’

Spain’s Senate was key for the approval of the Spanish Constitution’s Article 155 imposing direct rule in Catalonia in late October 2017. At the time, the People’s Party (PP) had a majority in the Senate, which it lost to the Socialists (PSOE) in the recent 28 April elections.

Although hardline unionist parties have spoken of reapplying Article 155 in Catalonia, this would be considerably more difficult with a Socialist majority given their more conciliatory policies.