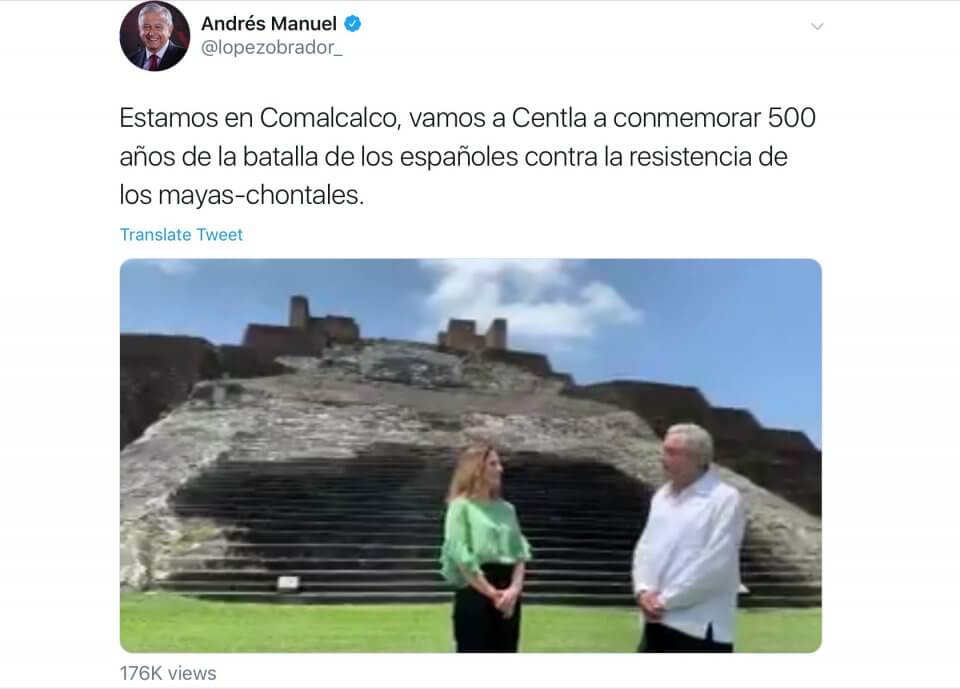 Mexico’s President Andrés Manuel López Obrador has written to Spain’s King Felipe VI and Pope Francis demanding an apology for the ‘abuses’ of colonialism and the conquest. Madrid has already said it ‘firmly rejects’ the request.

López Obrador reopened the debate over Spain’s centuries of dominance in the New World with a video posted to social media, urging an apology for the conquest and the rights violations committed in its aftermath.

‘I have sent a letter to the king of Spain and another to the pope calling for a full account of the abuses and urging them to apologise to the indigenous peoples [of Mexico] for the violations of what we now call their human rights,’ Lopez Obrador, 65, said in the video, filmed at the ruins of the indigenous city of Comalcalco.

‘There were massacres and oppression. The so-called conquest was waged with the sword and the cross. They built their churches on top of the (indigenous) temples,’ he said.

‘The time has come to reconcile. But let us ask forgiveness first.’

Spain’s reaction was swift and unequivocal.

‘The government of Spain deeply regrets that the letter the Mexican president sent to his majesty the king, whose contents we firmly reject, has been made public,’ it said in a statement.

‘The arrival, 500 years ago, of Spaniards to present Mexican territory cannot be judged in the light of contemporary considerations,’ it said.

‘Our two brother nations have always known how to read our shared past without anger and with a constructive perspective, as free peoples with a shared history and extraordinary influence.’