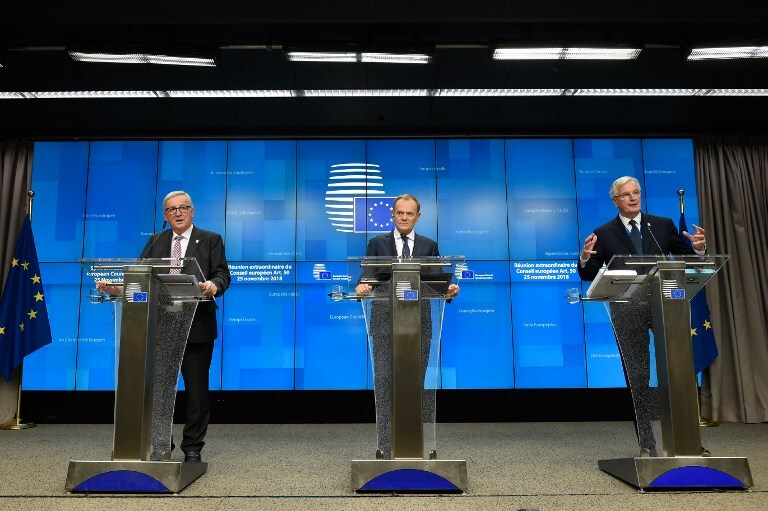 European Council chief Donald Tusk has said that an extension to the 29 March deadline for Britain to leave the EU would be a ‘rational solution’ given political developments.

Tusk said he had discussed the legal and procedural context of a potential extension during talks on Sunday with British Prime Minister Theresa May, on the sidelines of the EU-Arab summit in Egypt’s Sharm el-Sheikh.

‘I believe in the situation we are in, an extension would be a rational solution but Prime Minister May still believes she’s able to avoid this scenario,’ Tusk told a closing summit press conference.

May on Sunday called for still more time to renegotiate her Brexit deal, and suggested parliament may not be able to vote on the text until 12 March, just 17 days before Britain leaves the EU.

With it ‘absolutely clear’ to him there is no majority in the British parliament for the current deal,  Tusk said, ‘we’ll face an alternative chaotic Brexit or an extension’.

He added that ‘the less time there is until 29 of March, the greater the likelihood of an extension’.

This was not an EU plan but a reading of objective fact, he said.

Tusk said he told May that ‘no matter which scenario, all 27 (EU countries) will show maximum understanding and good will’.