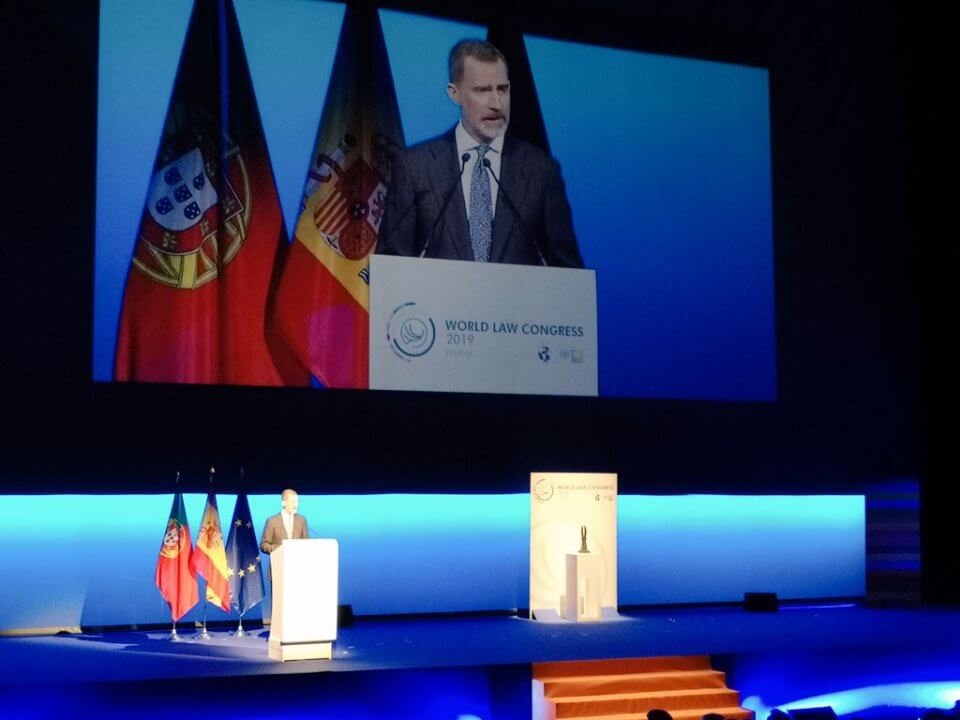 Spain’s King Felipe VI has said democracy is not above respecting the law, in unusually outspoken comments widely interpreted as refuting claims by Catalan independence leaders on trial in Madrid.

‘It makes no sense, it’s unacceptable to appeal to a so-called democracy that is above the law,’ the monarch told an international congress of legal experts in Madrid.

‘Without respect of the law, there is neither peaceful coexistence nor democracy, but insecurity, arbitrariness and ultimately, the collapse of the moral and civic principles of society.’

In his speech published on the royal palace’s website, Felipe VI makes no explicit reference to the ongoing trial of 12 Catalan independence leaders and activists, nine of whom are accused of rebellion.

But the Spanish media immediately linked it to comments made by some of the defendants who have already taken the stand in Madrid’s Supreme Court.

They justify holding an independence referendum on 1 October 2017 in defiance of Spain’s Constitutional Court on a democratic mandate they say they got from voters in Catalonia.

These handed pro-independence parties a majority in the regional parliament in 2015 elections.

The results of the referendum, in which regional authorities said 90% voted to secede, prompted a short-lived declaration of independence.

‘I think that Spain’s Constitutional Court is significantly lacking in moral authority,’ Josep Rull, a former member of Catalonia’s separatist government who faces up to 16 years in jail, told the Supreme Court today.

He said that regional leaders ‘fulfilled their democratic mandate’ by organising the referendum.

On Tuesday, Catalonia’s former regional government spokesman Jordi Turull, also on trial, told the court ‘it’s totally normally to try and do what you promised to citizens of Catalonia in a peaceful and democratic manner.’

The trial, the most high-profile in Spanish democracy, is due to last three months.

It is being broadcast live on television and online.