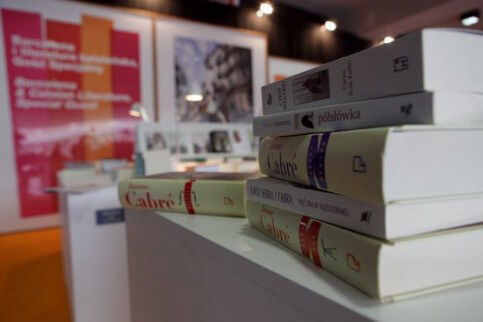 ‘Barcelona, literary city‘ is the slogan under which the Catalan capital will take part in the Buenos Aires International Book Fair, which takes place from 25 April to 13 May.

The city’s project will boast 120 activities, 56 authors, a 200–square metre stand that includes a small auditorium and a bookshop, as well as a number of exhibitions.

According to the head of the Ramon Llull Institute, Iolanda Batallé, ‘Barcelona, literary city’ aims to promote Catalan language writers ‘to improve the presence of Catalan literature in Latin America and strengthen the cultural ties between Barcelona and Buenos Aires’.

Apart from the literary events planned for the fair, the project includes other cultural endeavours, including a performance by Catalan singer Sílvia Pérez Cruz, concerts in the city’s libraries by the Trilce choir, and events in the expat centre, the Casal Català.

At the core of Barcelona’s participation in the fair will be the stand that, apart from selling some 700 books by Catalan authors, will also have an area for industry professionals to hold meetings with some 40 Catalan publishers.

The ‘Barcelona, literary city’ project has been jointly organised by the city councils of both cities, the Catalan government, the Ramon Llull Institute, the Fundación El Libro with the support of the Balearic, Valencian and Andorran authorities, Acción Cultural Española, Catalonia’s publishers’ guild and the Editors.cat publishers’ association.