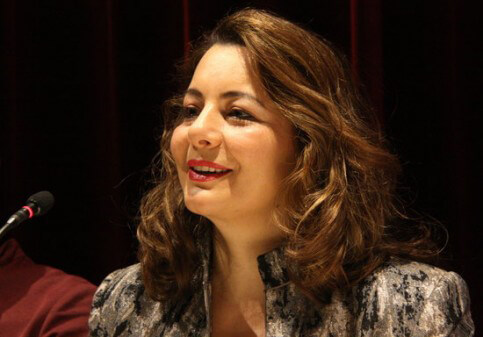 The production by Moshe Leiser and Patrice Caurier (which was previously performed at the Liceu in 2006 and 2013) features the internationally renowned sopranos, Lianna Haroutounian and Ainhoa Arteta, who alternate in the leading role of Cio-Cio-San.

The Japanese girl’s lover in the story, the American naval officer named Pinkerton, is played by the tenors Jorge de León and Rame Lahaj, who’s making his debut at the Liceu.

The Liceu’s artistic director, Christina Scheppelmann, described the co-production between the Liceu and the Royal Opera House as ‘elegant, classic and very aesthetic’.

Explaining that it is not unusual to repeat a successful production, Scheppelmann stressed that ‘while it may seem like the same show, it is not,’ as the different interpretations ‘provide other emotions and experiences’

This version of the opera has been designed with a minimalist elegance that recalls the typical simplicity of Japanese style. ‘In this production, the set is very original and a lot is left in the hands of the singers,’ said Lahaj.

Madama Butterfly tells the story of a young geisha from Nagasaki who falls in love with Pinkerton.

She marries him despite opposition from her family, but the officer abandons her to return home with a western woman. He claims the child that Cio-Cio-San had in his absence, breaking her heart and driving her to suicide.

For Haroutounian, the role of Butterfly is ‘very emotional and sensitive’. ‘She is a woman who is at once fragile and strong, as well as deep and naive,’ says the Armenian soprano.

Bisanti, who conducts the Liceu Orchestra and Choir in this production, describes the role of Cio-Cio-San as the essence around which everything turns, and says the main character is ‘unique among Puccini’s work,’ as she sings from beginning to end, for the three hours the show lasts.