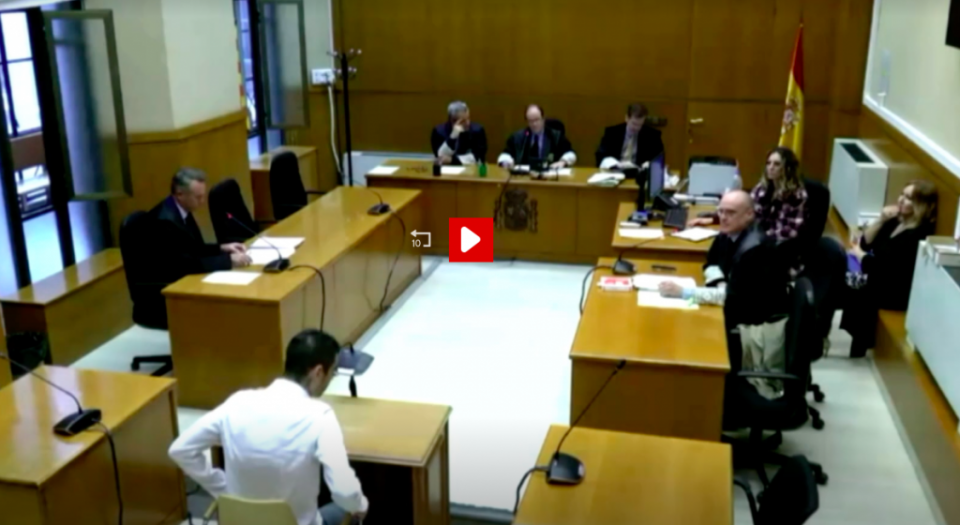 A Barcelona court on Tuesday sentenced a Guardia Civil policeman to a 15 month suspended sentence in jail and a €1,620 fine for posting a video on Twitter falsely claiming it showed an underage migrant trying to rape a woman in Spain.

In 2019 the Guardia Civil officer posted a 45-second video showing a man viciously punching and kicking a woman unconscious and then trying to remove her clothes.

The incident actually took place in China, but he wrote that it showed the rape of a woman in the coastal town of Canet de Mar in Catalonia, at the hands of a minor who arrived in Spain without his parents.

His post was retweeted 19 times, had 13 likes and generated at least 93 comments. He also claimed in the post, where the video was viewed nearly 22,000 times, that the mainstream media were covering up the rape.

Public prosecutors said the man had published several other racist and xenophobic messages on social media.

The prosecution initially asked for two years in prison, but the parties agreed to reduce it, meaning the man convicted will not have to go to jail, subject to him closing his social media profiles, not reoffending for 15 months, and not working in any teaching, sports or leisure work for more than six years.

The Barcelona court heard that the man was motivated to send the tweet ‘by his animosity and rejection of foreign immigrants of Moroccan origin’, especially unaccompanied minors.

The man’s Twitter profile contained multiple publications of a xenophobic and racist nature, open for all Twitter users to see, the court heard, with ‘distorted and/or false information about immigrants in general’, and a ‘rejection of the presence of foreigners in Spain, especially if they are Arab or Muslim’.

He was also served a fine of €1,620 in one of the first ever sentences in Spain for spreading fake news.

The Guardia Civil has launched a disciplinary procedure against the agent, according to internal sources in the police force.