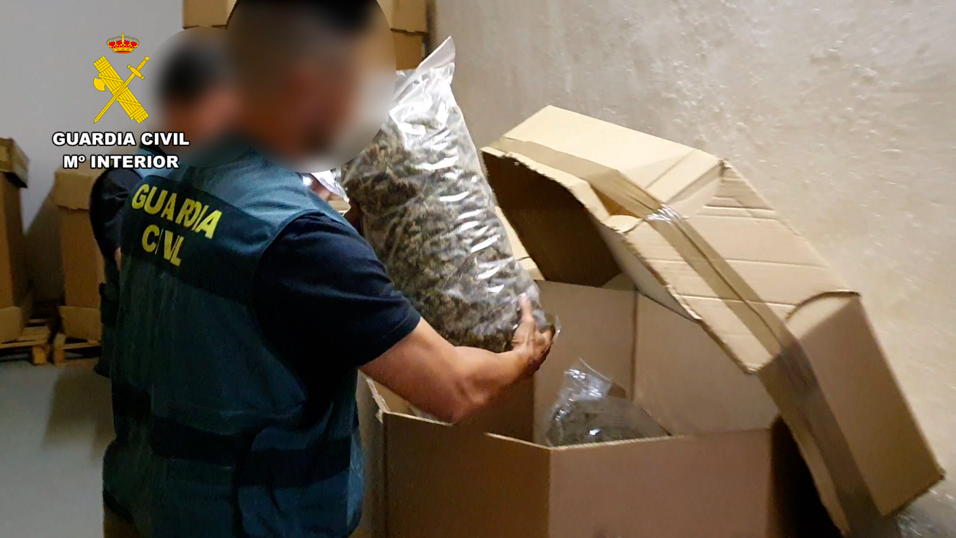 Spain’s Guardia Civil police have seized 32 tonnes of packaged marijuana with a street value of at least 64 million euros, which they claim is the largest amount ever found in Spain or internationally.

The raids were carried out in the cities of Toledo, Ciudad Real, Valencia and the region of Asturias.

Dubbed ‘operación jardines’ (‘operation gardens’) by the Guardia Civil, raids were carried out on a number of farms and production plants across Spain. 20 people (9 nine men and 11 women), between the ages of 20 and 59 were arrested in total. Through a complex business network, they are suspected of growing and sending vacuum-packed marijuana throughout Spain, as well as to Switzerland, Holland, Germany and Belgium, among other European countries.

Claiming the haul to be the largest quantity of marijuana seized, the police said ‘it was equivalent to approximately 1.1 million plants’.

The investigation began with an inspection by the Guardia Civil of several industrial hemp plantations in Villacañas (Toledo). The first suspects investigated owned a company with which they acquired the seeds. A second group transported and planted them. Another company was in charge of the care, maintenance, collection and drying of the plants.

Each year about 22 million cannabis users spend roughly €9 billion on the substance, according to Interpol data.

Four dead, including teenager, after brawl turns deadly at wedding in Spain