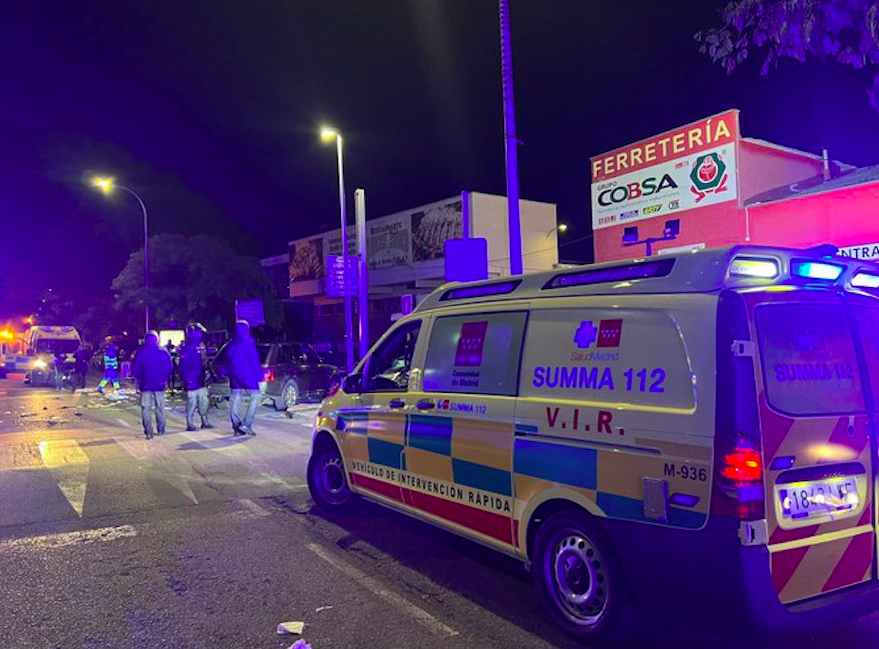 Four people were killed, including a teenager, and eight others were injured early on Sunday after a car rammed into members of a wedding party near Madrid following a brawl, police said.

The fight erupted at dawn outside a restaurant that was hosting the wedding in Torrejón de Ardoz, some 25 kilometres northeast of Madrid.

It has been reported that the brawl was initially between two people which then triggered a mass fight in the street. A vehicle was then driven at full speed down the route, ploughing into members of the same family, before speeding away.

As a result, a 70-year-old woman and three males aged 40, 60 and 17 died from fractures and multiple injuries, the emergency services said.

SUMMA 112 health services, the Red Cross, municipal ambulance and civil protection in the area all rushed to the scene.

The emergency teams had received a call at 2.44am on Sunday morning. ‘When we arrived on the scene, we found four people had died of multiple fractures,’ said Carlos Polo, head of the Madrid emergency services.

Four others who were injured have been transferred to hospital for treatment, he said. These included two middle-aged men with leg and pelvic fractures and two women with head injuries.

The driver of the vehicle who allegedly caused the deaths, aged 35, was later arrested by the Guardia Civil several hours after the incident, about 50 kilometres away. Officers have detained three suspects. Local media identified the three detained as a father and his two children.

Police said they were searching for a fourth suspect alleged to have also been involved.