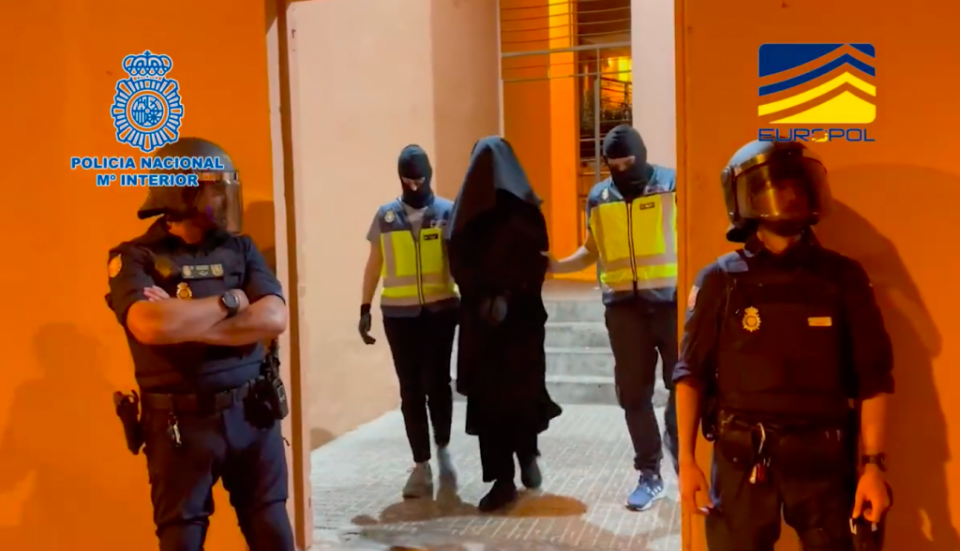 Moroccan and Spanish police have dismantled a jihadist cell suspected of links to the Islamic State group, officials confirmed this week.

The operation led to the arrest of 11 people in raids on Tuesday morning: nine in the Spanish enclave of Melilla on Morocco’s northern coast, and another two in the nearby town of Nador, according to a Moroccan police statement.

Spanish security sources said 10 people had been arrested in Melilla and another in the southern Spanish city of Granada (Andalusia).

The Moroccan police said the two suspects held in Nador, aged 34 and 39, were remanded in custody and that mobile phones and a computer had been seized.

The detainees were suspected of ‘promoting extremist ideology’ online ‘in order to recruit people in terrorist organisations’, the same source said.

Morocco and Spain officially revived their security cooperation in April after mending fences following a year-long diplomatic row over the Western Sahara.

The Moroccan police regularly announce operations against jihadist cells, and reports having arrested more than 3,500 people in relation to ‘terrorism’ since 2002.