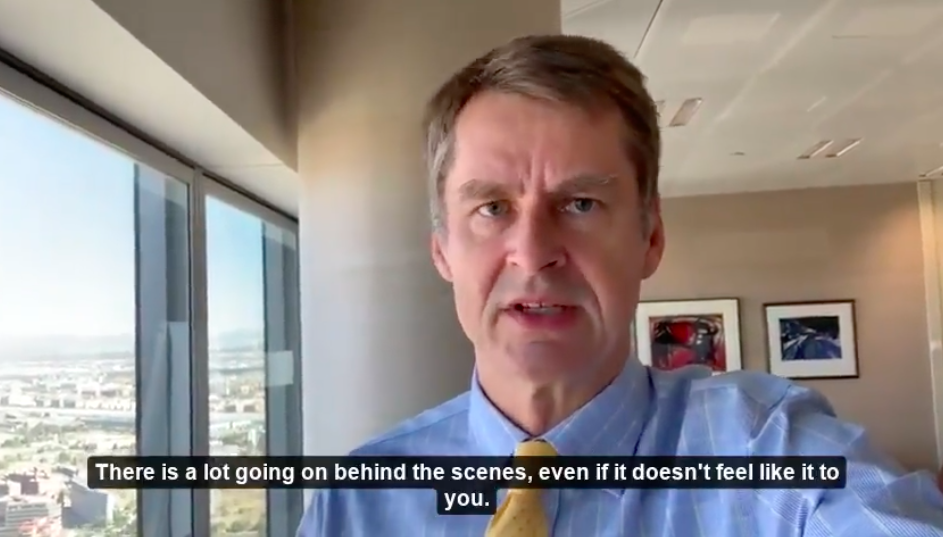 ‘There is a lot going on behind the scenes,’ the British Ambassador to Spain, Hugh Elliott, has said in his latest message to UK nationals resident in Spain who have been unable to exchange their British driving licences for Spanish ones, and are therefore currently unable to drive.

The ambassador’s latest message has done little to calm the anger, frustration and sense of helplessness felt by those who almost five months ago were told they could no longer drive on Spanish roads, if they were resident in Spain yet still holding a UK driving licence.

Since 1 May 2022, thousands of UK licence holders who had been resident in Spain for six months or more have been unable to drive with their UK licences, even though the vast majority of other EU nations have struck deals with the UK post-Brexit for the simple exchange of driving licences.

It reportedly affects a ‘minority’ of the 407,000 UK nationals who are officially resident in Spain, as many managed to exchange their licence for a Spanish one before the deadline at the end of 2020, as advised.

Meanwhile, a British tourist visiting Spain can rent a car without any issue, using their UK licence. The fact that Spanish licence holders living in the UK can also continue to exchange their permits in the UK, some 21 months after Brexit came into force, has made the issue even more frustrating.

Many of those affected in Spain have vented their anger on the Embassy’s Facebook page. One person has even set up a Facebook group, called Invasion of the British Embassy in Madrid for the DL Exchange lssue, with the aim of organising a peaceful demonstration at the embassy, as well as for a delegation to have a discussion with the ambassador and his staff.

The group was created on 13 September and at the last count, it had 429 members. Set up by Pascal Siegmund, he has said: ‘I invite everybody to join my group to set up a protest on 13 October if we don’t get a new substantive update before this date.’

In a video message posted on the British Embassy’s Facebook page on Tuesday, Ambassador Hugh Elliott acknowledged that there have been ‘unforeseen issues’ since stating back in June that his ‘best estimate’ was to have everyone ‘back on the road around the end of July’ – with two months now having passed since the ‘best estimate’ date.

‘Please be assured that we are resolving those issues, one by one,’ the ambassador said. ‘There are only a couple of issues left, but they are complex. We’re working on this every day. It remains a priority. There is a lot going on behind the scenes, even if it doesn’t feel like it to you.’

In response, many of those affected have been sharing their stories online, with some explaining how administrative errors on the part of Spain’s DGT traffic authority meant they were unable to process their licence exchange before the deadline.

One comment in response to the ambassador’s message was: ‘150 days now [since 1 May] … if these meetings are happening every day, then we have a bigger problem than you’re letting on.’

At the end of his message, the ambassador said that ‘the advice we have been giving all along, which is that you should consider taking the Spanish test if you do need to drive urgently, remains valid’.

In response, someone posted: ‘”If you need to drive urgently, take the test” is an oxymoron as you well know Mr. Elliott, as it’s not possible to take the test urgently.’

But what are the ‘unforeseen issues’ and what really is going on ‘behind the scenes’?

It was previously suggested by the British Embassy that Spain had asked for data provision to form part of the licence exchange agreement, and that the UK authorities were reluctant to share this information. It is unknown if this is still the issue.

Several other comments posted on the Embassy’s Facebook page suggest that the negotiations have been held up due to political wrangling over Gibraltar.

Pascal Siegmund, who has started the Facebook protest group, has said that he believes the delay in implementing the agreement on driving licences is linked to the negotiations regarding the ‘post Brexit status of Gibraltar’.

When contacted by Spain in English to clarify the ambassador’s latest message and whether any delays were related to Gibraltar, the British Embassy would only say that the ambassador was referring to the ‘on-going negotiations, meetings, correspondence and calls’ regarding the driving licence negotiations when he said ‘there’s a lot going on behind the scenes’.

The embassy reiterated that ‘the negotiations are complex’ and that they ‘recognise the impact this is having on those affected’.

Here is the full transcript of Hugh Elliott’s latest message:

‘We’ve given some written updates recently, but I wanted to talk to you personally about the driving licence negotiations, which I know are continuing to have a serious impact on many of you.

The Department for Transport in the UK and the Spanish Interior Ministry here in Spain have been leading these negotiations with input from our respective foreign ministries. And, as the government’s representative in Spain,   I hear and understand your frustrations. I, too, am frustrated by the pace.

We previously thought, we genuinely thought, that we’d have concluded the negotiations by the summer. Many of you have quite rightly mentioned that I expressed the hope to you that you would be back on the road by the end of July.

The truth is it has taken much longer, as there have been unforeseen issues that we have been working very hard to resolve. And I’m as disappointed as you are by the length of time that this is actually taking.

But, please, do be assured that we are resolving those issues, one by one. There are only a couple of issues left, but they are complex. We’re working on this every day. It remains a priority. There is a lot going on behind the scenes, even if it doesn’t feel like it to you.

Now I know, too, that you want a timescale and you want an update after every meeting, but I’m afraid I just can’t give you those things in this negotiation.

Many of you also continue to ask why you can’t drive while the talks are continuing. It is not in the gift of the UK government to reinstate the measures which previously allowed you to drive whilst the negotiations were on-going earlier in the year. As we’ve said previously, we did request the reinstatement of those measures several times, but this wasn’t granted.

So, where are we? Well, in summary, I’d say we’re genuinely still making progress. I get how frustrating it is to hear that, but we are making progress. We’re in discussion almost daily about the outstanding issues and I reman very optimistic that we will reach an agreement and hope that it will be soon. But as I say, I can’t give you a definitive timetable.

And so, the advice that we have been giving all along, which is that you should consider taking the Spanish test if you do need to drive urgently, remains valid. Though we appreciate that’s hard. I’ll be in touch as soon as I have further details.’

There’s absolutely no reason why we should be in this predicament. What sort of a country punishes its residents To get back at another country? It’s disgusting behaviour. If the negotiations are nearly complete then why don’t the Spanish authorities extend the grace period and allow us to drive? Especially since the Spanish in the U.K. aren’t treated in the same way. They’re doing it to us because they can. As I understand it , it’s because the British tourists having committed an offence often go back to the U.K. without paying the fine. The Spanish government won’t stop British tourists to drive because they need the revenue and tourists would go elsewhere. There’s also no provision for deaf people like myself to take lessons. Apparently there can’t be any deaf people in Spain otherwise you would think they would make adjustments. It was my dream to retire here but that dream has turned into a bit of a nightmare. They’re doing it to us because they can.

Before we moved to the EU we thought about buying and living in Spain, Then having spend many months there and delving into the system we came to the conclusion it was a corrupt and racist country on the whole. property could be taken by local governments when ever they felt like it (for the good of the local community), So decided to buy and live in France, Which we are very happy with.
I too kept my UK driving licence as right from the start you were allowed to do so until it expired, The agreement with France and UK was done in a matter of weeks and I still have my UK licence to this day and can keep it until it expires in 2026. Spain is dragging it’s feet for racist reason towards those from the UK and for that reason I’m glad I don’t live there.
Those British who on a daily bases try to live up to been Spanish and never will, will always use this as a “I’m on Spain side” to bash other Brits in the hope thier vitue signalling will get them Spanish browny points.

What a load of hogwash. British residents in Spain have had plenty of warning and plenty of time to change their licences. If they didn’t it was either laziness o thinking they are above the law. Stop them driving until they comply.